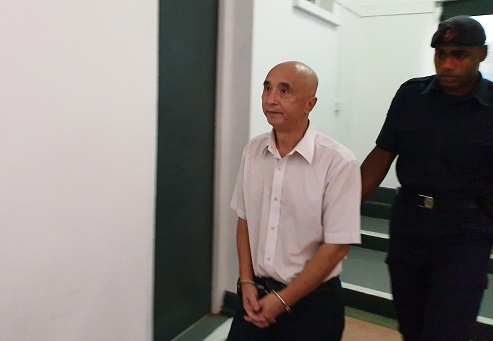 In Fiji, the pursuit of profit is a virtue, says High Court judge Justice Salesi Temo while postponing the sentencing of a Chinese businessman found guilty of obtaining property by deception and laundering of $1.2m.

He had obtained the money by deception from the complainant who was his business partner on the pretext that a property was being sold at $5.5m instead of its actual price of $3.3m.

In court yesterday, Justice Temo postponed the sentencing since the court heard that the State did not have the victim impact statement.

Justice Temo informed the State that it was customary for the courts to get the complainant’s viewpoint before he could pass a sentence.

The court was informed that the complainant was residing in China and the State would be able to get the victim impact statement by the end of this week.

Justice Temo informed the State that this case had been going on for too long and it was important for the court to have the victim impact statement since he had convicted the accused already.

Meanwhile, defence lawyer Iqbal Khan made an application for his client to be granted bail, however, Justice Temo denied the bail on the grounds that the accused was a rich businessman and there were a lot of Chinese boats in the ports and the likelihood of him escaping the country was high.

The matter now will be called on September 23.