Judge convicts Nasilasila of one count of rape 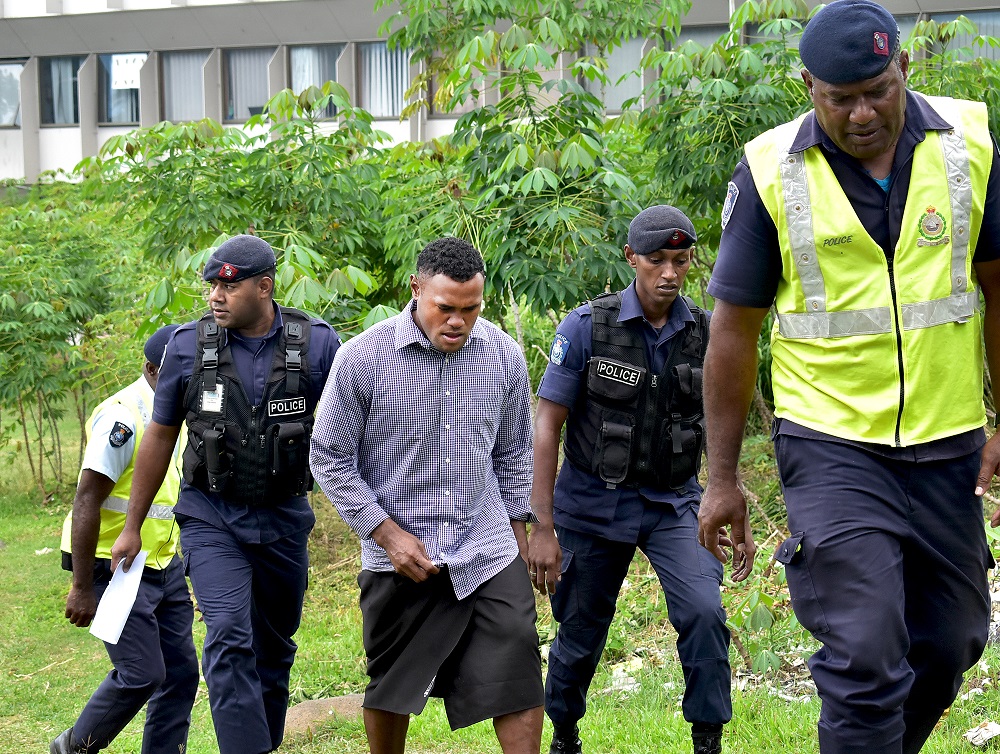 FORMER Fiji sevens playmaker Amenoni Nasilasila has been convicted of one count of rape.

This, after High Court judge Justice Daniel Goundar overturned the three assessors’ not guilty opinion and convicted him accordingly.

In his judgement, Justice Goundar said the complainant was consistent with her account that Nasilasila had sexual intercourse with her using force and without her consent and she also gave the court a detailed account of how the accused used force on her.

The judge said Mr Katonibau’s story did not add up with that of the complainant when she relayed to him during their meeting that she had consensual sexual intercourse with Nasilasila and that on her request, he took her back to the police station to withdraw her complaint.

Judge Goundar informed the court Mr Katonibau’s failure to inform police of the complainant’s account supported her account that he was putting pressure on her to withdraw her report.

Since the accused did not give evidence, Justice Goundar said there was no evidence from him to contradict the complainant’s evidence.

“This is not a case of his words against her, the prosecution’s case rest on the credibility of the complainant and her evidence. The complainant was cross-examined at length and she maintained she did not consent and the lack of consent was communicated verbally and also by conduct,” Judge Goundar said.

“Her evidence is that she told the accused to stop and she resisted but he became more aggressive.

“She said she did not know what else he could have done to her when he was not listening. This account of the complainant is not shaken by the cross-examination.

“The complainant agreed that she chose to stay back, she explained her and her family trusted him, she was upset with the accused leaving the bathroom without a towel being passed to her.”

In her victim impact statement, the victim told the court that she had suffered a lot as a result of the incident.

“Amenoni Nasilasila to the one person I trusted as a person, I am standing here as the person I truly am, the world has known you as a rugby player but now I won’t be able to tell the world who I am,” the complainant said while weeping inside court.

“I have been attacked by your loved ones, but most of all by your fans.

“I have been attacked by the media, I have felt so much pain within myself, I have been able to be strong and take the attack from your fans.

Nasilasila has been remanded in custody to await his sentencing hearing on October 21.

(This is the full version of the story published in today’s The Fiji Times.)