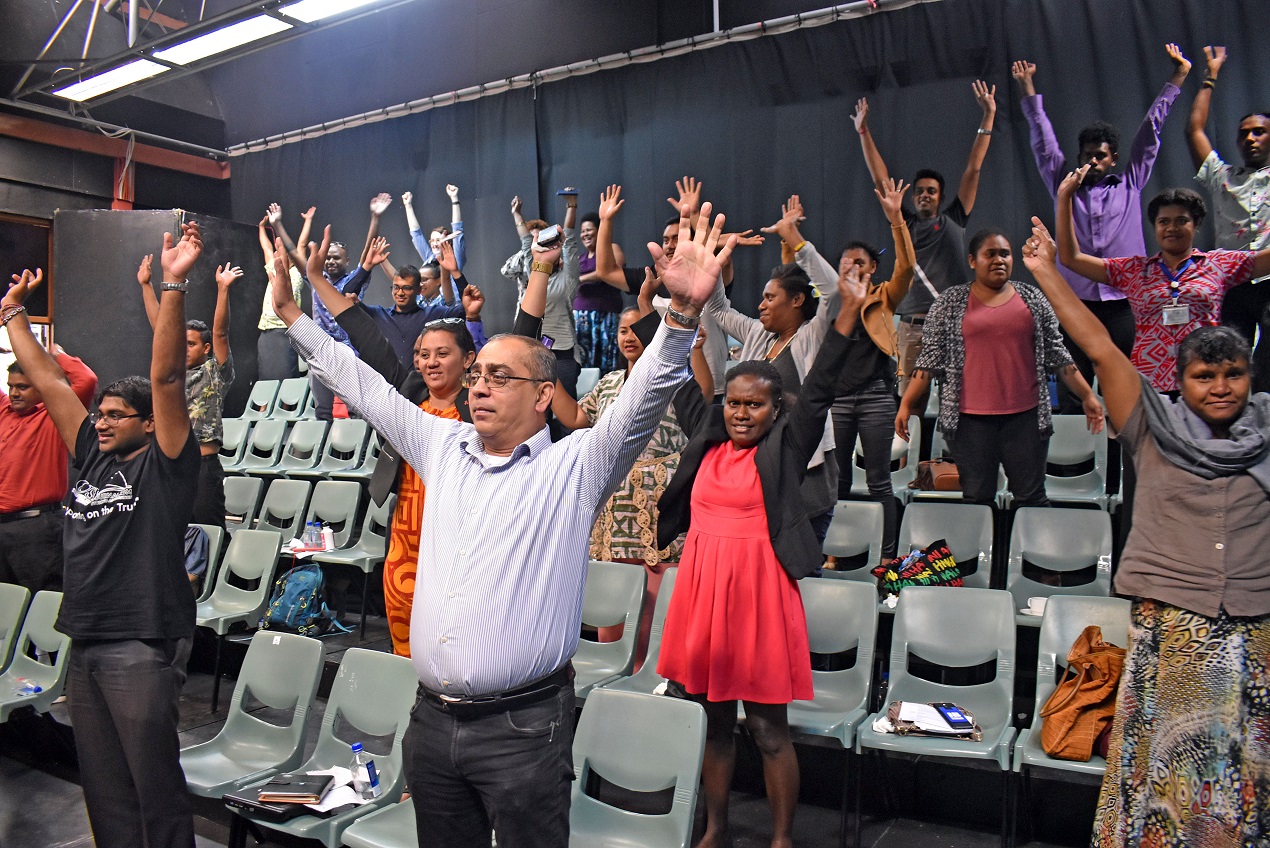 Participants in a energizer session during the Pacific Islands Journalism reporting tour Capstone at the USP Laucala campus in Suva on Friday, September 20, 2019. Picture: JONACANI LALAKOBAU

THE East West Centre in collaboration with the University of the South Pacific’s School of Journalism held a capstone conference in Suva yesterday to wrap up the three-week tour of 12 Pacific senior journalists to the United States of America.

According to the interim manager of the Pacific Island Development Program of EWC, Scott Kroeker, the tour was aimed specifically at exposing Pacific journalists to better reporting about ideas from media experts in the US.

“The idea is to expose Pacific island journalists to experts in such topics in the US, so that they can come back to their home countries and further develop their reporting skills, more importantly better communicate to the local communities about the pressing issues that are of concern in the Pacific islands,” he said.

The tour looked into issues ranging from climate resilience and sustainability, security and the US’s relationship with Pacific islands, misinformation, disinformation and financing for development.

The Fiji Times chief-of-staff Margaret Wise was also part of the tour.