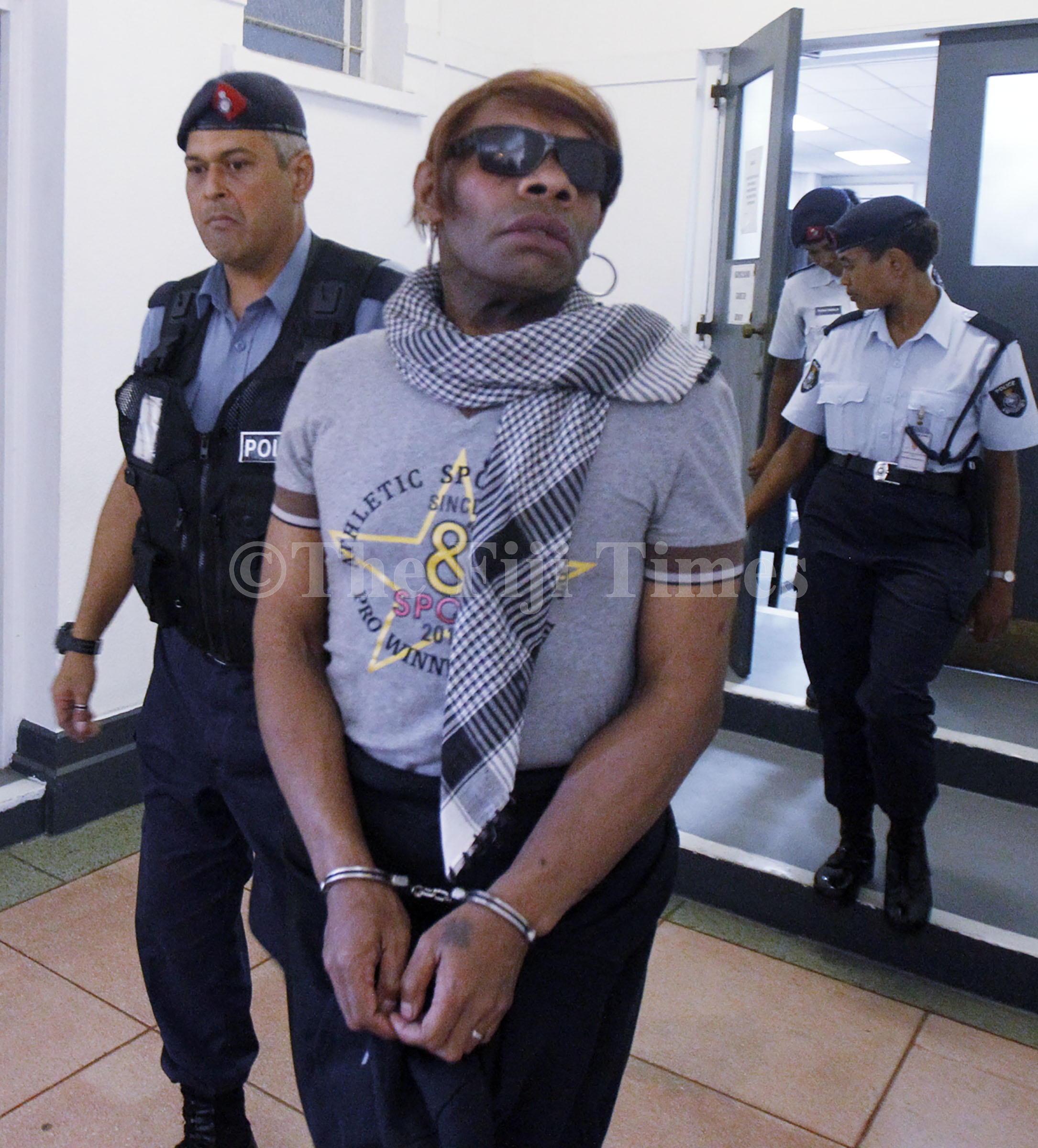 Josevata Wereilagi being escorted by the police officers after he was found guilty at the Suva High Court yesterday.Picture:ATU RASEA

A MAN convicted of prostituting a 15-year-old girl has been jailed for 14 years.

Werelagi appeared before Justice Daniel Goundar at the High Court in Suva moments ago.

He was convicted of one count of aggravated sexual servitude and three counts of domestic trafficking in children.

Werelagi or Josie as he was known had by use of  threats or force, caused a 15 -year-old girl to enter into or remain in sexual servitude, with the intent to cause that sexual servitude and shall be employed or used for the purpose of prostitution.

The incident happened in July 2015 in Suva.

Josie will be eligible for parole after serving 10 years behind bars.