Joshua’s next fight could be on a boat, says promoter 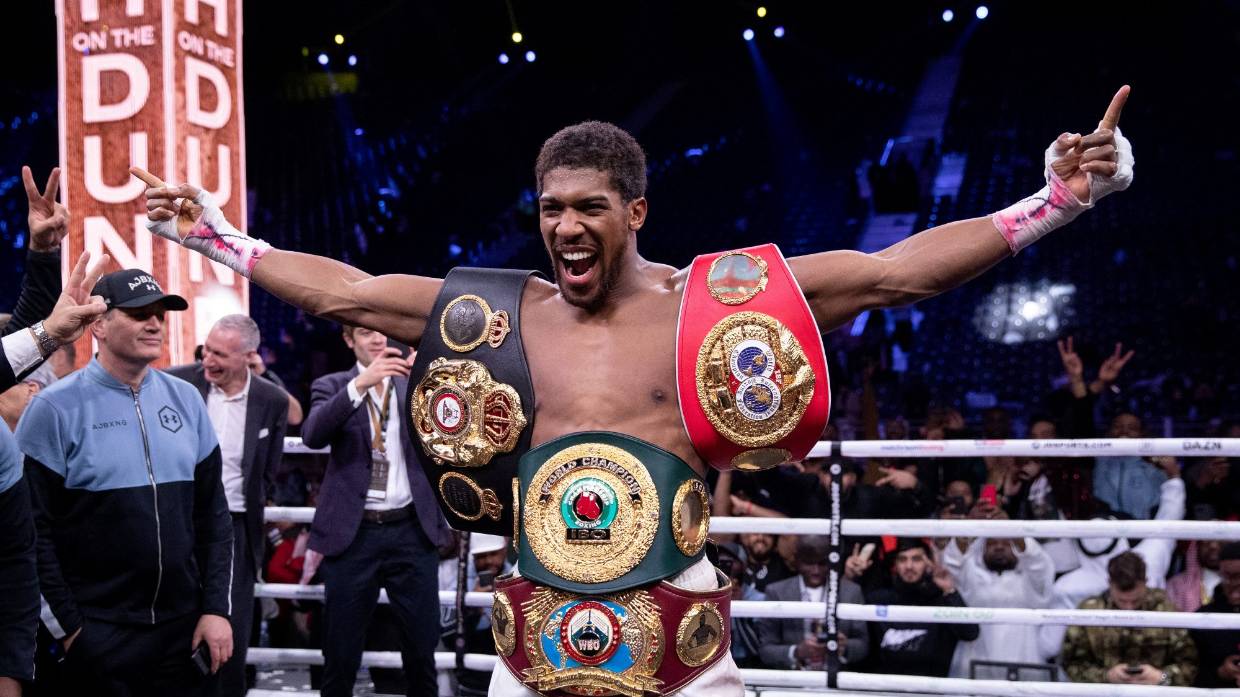 Heavyweight champion Anthony Joshua is accustomed to fighting in front of tens of thousands of fans at football stadiums, but his next title defence against Kubrat Pulev could have a very different look.

The British boxing star was due to face mandatory challenger Pulev on June 20 at Tottenham Hotspur Stadium in London before the bout was pushed back due to the coronavirus pandemic.

Joshua’s promoter Eddie Hearn is now looking to reschedule the contest for November, with London’s 16,000-capacity O2 Arena the frontrunner.

But with doubts over whether the UK will be able to have crowds at sporting events by then, Hearn is considering some alternative venues – including staging the fight on a boat.

In an interview with London’s Evening Standard newspaper, the Matchroom supremo said he had been thinking “outside the box” as he plotted Joshua’s return to the ring.

“Other ideas we have [for Joshua v Pulev] are 1000 people somewhere strange and quirky,” Hearn told the Evening Standard.

“I’ve got a few things up my sleeve. We’re talking about castles, plush hotels, maybe even on a boat.

“Croatia have offered a coliseum – and that’s beautiful –and we’re still open to options and flexible.

“These are all things thinking outside of the box – it just depends what’s allowed.”

Hearn, who also promotes Kiwi heavyweight Joseph Parker, has already announced plans to stage fight cards behind closed doors in the back garden of his Matchroom HQ in Essex.

The first of four ‘Fight Camp’ cards will take place on August 1 and is headlined by an all-British super-welterweight clash between Sam Eggington and Ted Cheeseman. It concludes on August 22 with a card topped by a highly-anticipated heavyweight showdown between Dillian Whyte and Alexander Povetkin.

Given the multi-millions that Joshua can generate in ticket sales, the British superstar was always likely to wait for the return of crowds in some form before defending his IBF, WBO, WBA and IBO titles.

Joshua hasn’t fought since regaining his titles in a rematch with Andy Ruiz Jr in Diriyah, Saudi Arabia last December.

Pulev, the IBF’s mandatory challenger, was initially scheduled to face Joshua back in 2017, but withdrew from the fight with a training camp injury.

Meanwhile, US boxing great Bernard Hopkins has backed Joshua to knock out British rival Tyson Fury when the pair meet in a potential unification clash.

Joshua and Fury have agreed terms to meet in 2021 to find an undisputed champion for boxing’s glamour division.

And former middleweight king Hopkins backed Joshua to make “a really serious statement” against Fury by stopping him late.

Hopkins told Sky Sports‘ Toe 2 Toe podcast: “Joshua vs Fury is a fight that both guys could win or lose. I like Joshua to be tested, to get his feelings hurt early – that might be a knockdown but he will get up.

“Because of the lesson that he learned being, not unprepared, but overconfident he paid a big price. He redeemed himself.

“Now that is in his memory – what not to do ever again – Joshua beats Fury by knockout late.

“It will be an interesting, exciting five or six rounds at the beginning. Then Joshua’s athleticism, boxing IQ and experience would overwhelm Fury.

“Joshua would come out of a dust-storm based on his experience.

“At this point he has to make a really serious statement based on [the Andy Ruiz Jr loss]. Redemption.

“This fight is Joshua’s stamp of approval of being great. He’s not there yet. He is in legacy building mode.”

Fury will defend his WBC title in a third fight with Deontay Wilder later this year. The ‘Gypsy King’ became a two-time heavyweight champion when he stopped the American in the seventh round back in February.