Jones labels All Blacks “the greatest team in sporting history” 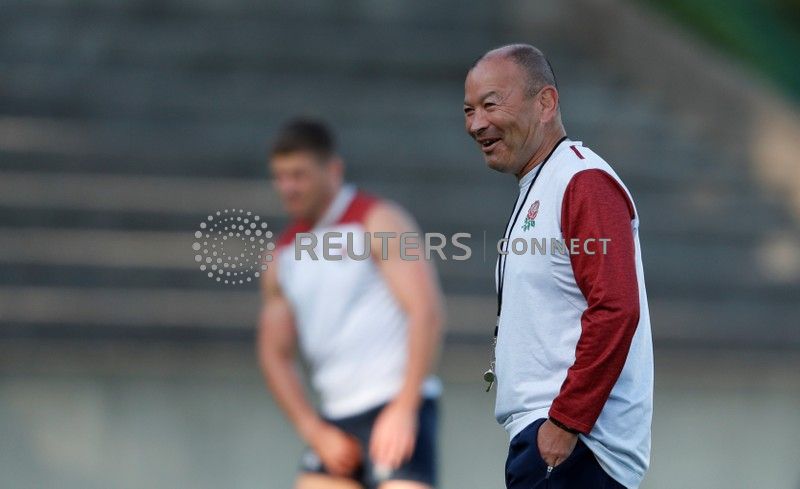 WATCH out New Zealand, England coach Eddie Jones is on a charm offensive, labelling the All Blacks the greatest team in sporting history and speaking of his admiration for them and our small country.

New Zealand and England face a fascinating Rugby World Cup semifinal in Japan on Saturday with Wales and South Africa squaring off in the other semifinal on Sunday.

Jones, the master of the mind games, cleverly switched the focus on New Zealand to mask the ambitions of his own team.

“The reason I took this job is because I saw a team that could be great,” Australian Jones said of his England side, which has taken giant strides under his leadership.

“That was the challenge and they are starting to believe it. We have a challenge this week because we are playing the greatest team that has ever been in sport. If you look at their record no other team has that over a sustained period of time. So we are going to have to be better, improving and see what we can get out of this week’s preparation.”

The All Blacks haven’t lost a World Cup match since their shock quarterfinal exit to France in 2007 and have gone on to win the last two tournaments.

Jones said they were the standard-bearers and he was relishing the chance to tangle with Steve Hansen’s side again after being edged 16-15 last November in London.

“You always want to play the best and they are the best – no one can dispute that,” Jones said.

“You want to be the best in the world, you have to beat the best. For the players and coaches this is the best week of their lives and you have to enjoy it and make sure you focus on yourself and work to get better.

“If you look at their record I don’t think there’s a team that comes close to them for sustainability. They are playing in the toughest competition in the world against the best all the time. I just admire them. To do what they do from a small country is incredible.

“Name me another team in the world that plays at the absolute top level that wins so many of their games.

“It’s an example of what you can do. People are raving about Japan and it’s fantastic but you look at what New Zealand has done with four million people. You have to admire them. But then the challenge is to beat them.”