Joint statement by unions expressing concerns on deportation of VC 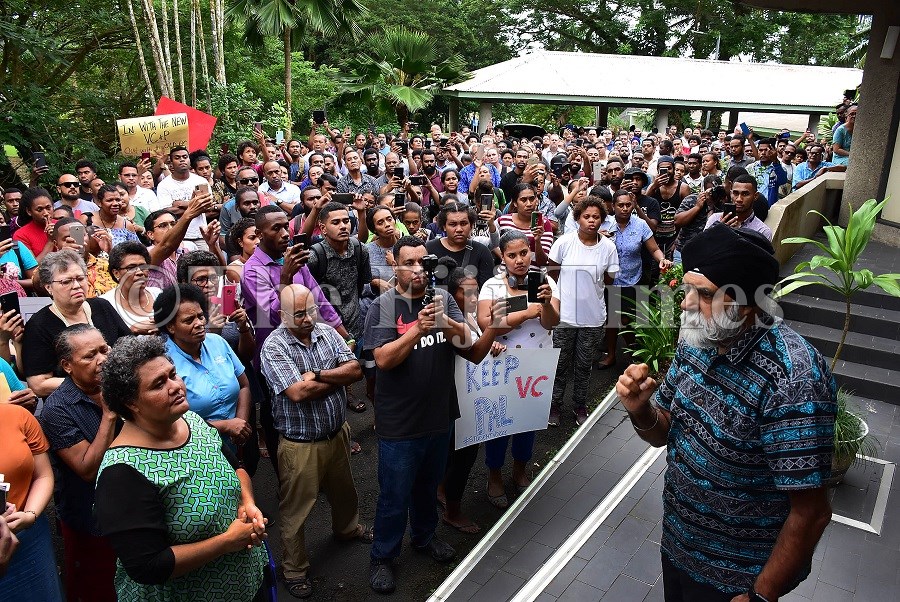 The University of the South Pacific Staff Union and Association of USP Staff issued a joint statement this morning expressing “grave concern and disgust at the FijiFirst Government’s decision to deport the regional university’s vice chancellor and president Professor Pal Ahluwalia and his wife.”

“We are alarmed by the way that the Government of Fiji broke into the Vice Chancellor’s residence in the middle of the night (03.02.21) and orchestrated the removal of VCP Pal and his wife,” the unions said.

“The manner in which the VCP and his wife were removed is a violation of human rights and due process.

“Given the seriousness of the decision, we demand the Fiji Government to provide the justification for this gestapo tactic.”

The unions said USP was a regional organization like Pacific Islands Forum Secretariat, SPREP, FFA, SPC and demanded the same respect given to any regional organisation.