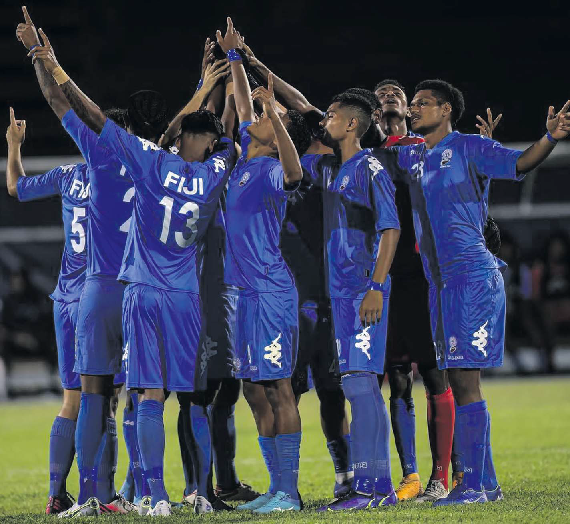 The Digicel Junior Bula Boys are one win away from re-writing history.

The Ronil Lal-coached side plays New Caledonia in the semi-finals of the OFC U19 Championship in Tahiti tomorrow and a win will secure a spot at next year’s FIFA Under-20 World Cup in Indonesia next year.

Fiji Football Association chief executive officer Mohammed Yusuf said the semi-final was important to every follower of football in the country.

“It is a very important game for us. We have spent a lot of money on this team. It is big for football in the country if we are able to qualify to the World Cup,” Yusuf said.

He said Fiji would once again be on the world football map if the team qualified. The former national U20 team manager added that Fiji FA had done its part and now it’s on the team to deliver.

“We sent them to NZ for 10 days where they played a couple of friendlies. They then arrived in Tahiti way before the tournament unlike some other teams. Now it’s up to the players and officials to do their part and deliver the results.”

He added that the mood in camp was positive and the players were looking forward to the game.

“The players are very happy with their performance so far. They are all looking forward to this match and I’m sure this positive attitude will help them overcome a team like New Caledonia.”

Fiji has only once before played at a FIFA World Cup.