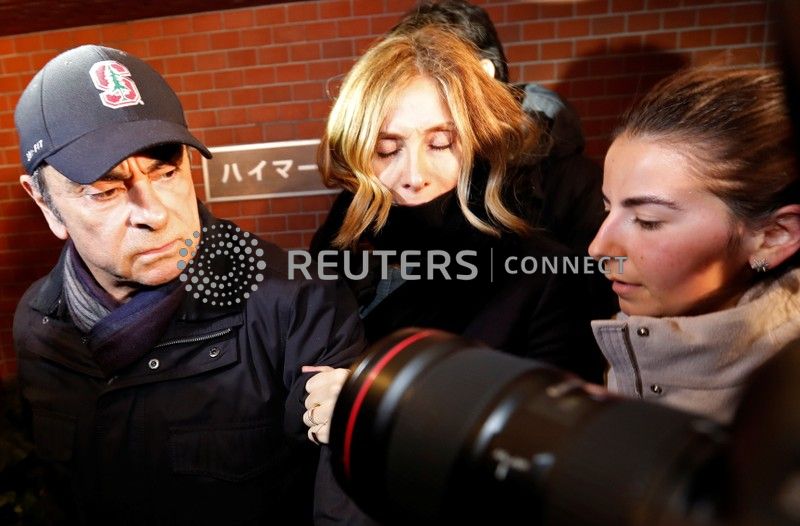 Prosecutors arrested Ghosn again on Thursday on suspicion he had tried to enrich himself at the Nissan’s expense, in another dramatic twist that his lawyers said was an attempt to muzzle him.

NHK said prosecutors suspect that Ghosn siphoned off part of the payments through a company where his wife, Carole, is an executive to purchase a yacht and a boat.

The prosecutors asked her to meet them for voluntary questioning as an unsworn witness, but the request was turned down, which prompted them to ask judges to question her on their behalf before they open the first hearing on the allegations, the broadcaster said.

Such a request gives judges the power to question on a mandatory basis witnesses who refuse to testify, according to NHK.

Prosecutors were not immediately available for comment on the NHK report.

Under Japanese law, prosecutors will be able to hold Ghosn for up to 22 days without charge. The fresh arrest opens up the possibility that he will be interrogated again without his lawyer present, as is the norm in Japan.

The additional charge would likely prolong Ghosn’s trial, which is expected to begin later this year, his lawyer has said, adding that loss of access to Ghosn’s trial-related documents could put his client at a disadvantage in fighting his case.