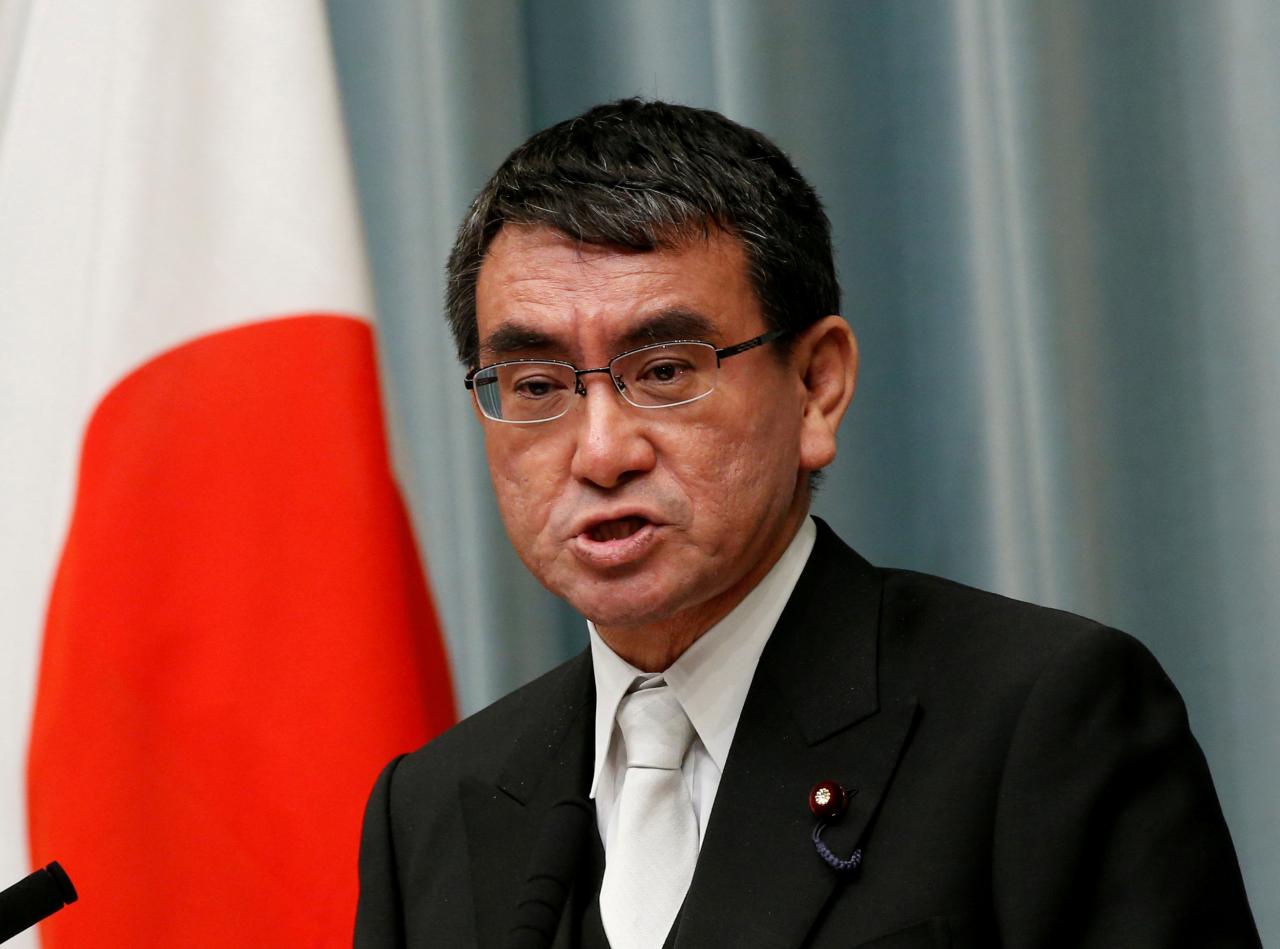 Foreign Minister Taro Kono made the comments while visiting New Zealand, where he met with his counterpart Winston Peters.

Some observers have become alarmed at the growth in Chinese lending in the Pacific and worry that small countries such as Tonga and Vanuatu are becoming beholden to China because of their high debt levels.

Kono didn’t mention China specifically in his comments. But he said the Pacific region was important in a strategic sense to both Japan and New Zealand.

Peters said New Zealand was also concerned about the loans and the ability of small island nations to repay them.

“We’re looking very seriously at that, saying ‘What does it mean for us when those nations may forfeit the very asset value that they’ve sought to develop, and have it owned by some other country?” he said.

Peters said neither Japan nor New Zealand had gone so far as to offer to repay the loans directly.

“We understand the problem,” Peters added. “We’ve got our eyes wide open.”

Kono’s visit to New Zealand was the first by a Japanese foreign minister in five years. It marks a warming relationship between the two nations over the past year since Jacinda Ardern became New Zealand’s prime minister.

Kono thanked New Zealand for deciding last month to deploy a maritime patrol plane to Japan as part of an effort to enforce U.N. sanctions against North Korea.

“Regarding the situation in North Korea, we reaffirm our cooperation to achieve a complete, verifiable and irreversible disposal of all the weapons of mass destruction and the ballistic missiles of all ranges,” Kono said through an interpreter.

Kono said he was concerned about the developing trade war between the United States and China, and hoped the issues could be resolved through the World Trade Organisation.