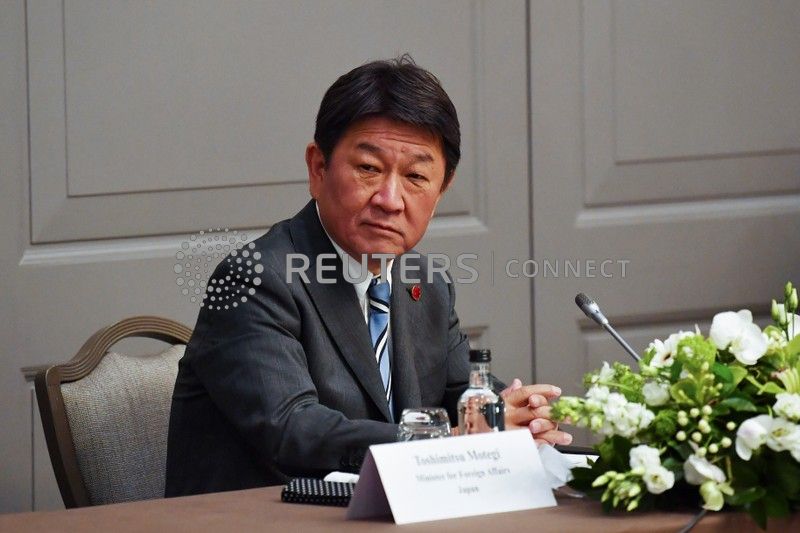 FILE PHOTO: Japan's Foreign Minister Toshimitsu Motegi takes part in a trilateral meeting with USA and South Korea on the sidelines of the G7 foreign ministers meeting in London, Britain May 5, 2021. Ben Stansall/Pool via REUTERS

Motegi made the comment at the start of a meeting, via video conferencing, between foreign and defence ministers from Japan and Australia.