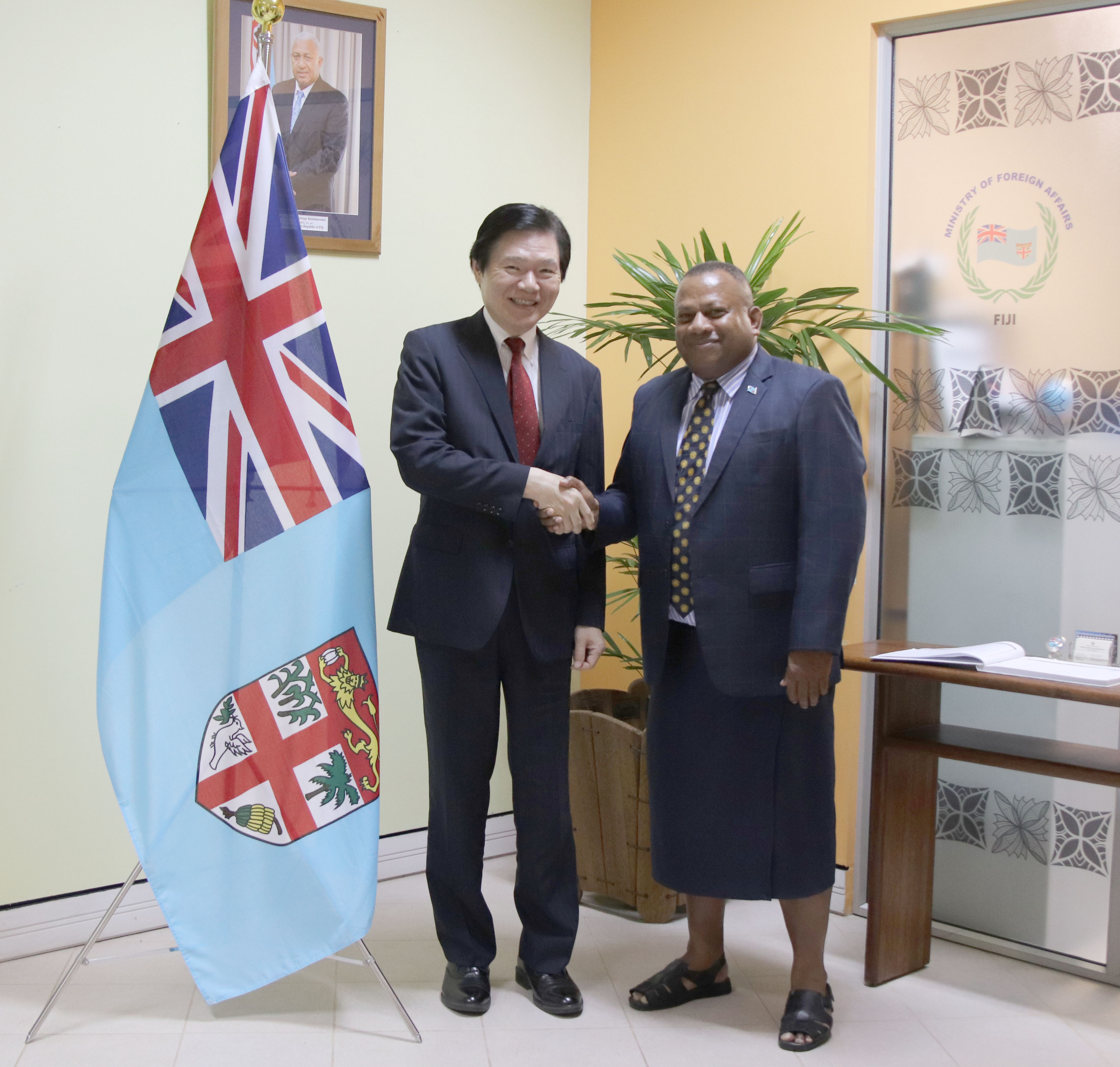 Ambassador of Japan to Fiji Masahiro Omura during his courtesy call made to Minister for Defence, National Security and Foreign Affairs Inia Seruiratu. Picture: SUPPLIED

THE Japanese government through the grassroots and community development sector has invested more than $50million in grant aid bilateral assistance to Fiji for the coordination of well over 400 community projects since 1990.

This was highlighted during a courtesy call made by the Ambassador of Japan to Fiji, Masahiro Omura, to Minister of Foreign Affairs Inia Seruiratu.

At the meeting, it was stated that Japan had also reached out to Fiji through Disaster Recovery Sector and has tremendously assisted in the rebuilding and rehabilitation of schools that were damaged by Severe Tropical Cyclone Winston.

It was stressed in the meeting that Japan will be hosting the 2019 Rugby World Cup and 2020 Olympics Game in which Fiji will also be participating.

Mr Seruiratu acknowledged the assistance provided by Japan in the formulation of the Disaster Risk Reduction Policy and Climate Change Mitigation and Resilience.