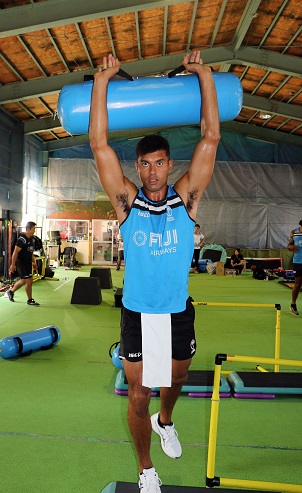 THE Flying Fijians preparations for the 2019 Rugby World Cup in Japan has been further boosted by assistance from the Toyota Shokki team, a side playing in the Top League competition in Japan.

Yesterday the Toyota Shokki side helped the Fijians in some unit based training and also assisted the forwards.

Flying Fijians coach John McKee said the opportunity to train with the Toyota Shokki team was very helpful to them as it allowed them to work on some areas where they needed assistance.

“Today (yesterday) was unit based and was very good for the forwards in terms of scrum and maul defence,” McKee said.

“Tomorrow (today) we will be playing some game scenario against them.

“This will give us some good opportunity to test our game-plan for the Australia match,” he said.

The coach has been happy with how the team has been responding to training since they arrived in Japan.

“The boys have been working hard so far and things have been going well for us in transitioning from the travel and players have recovered well.”

“All in trying to put some good work in, in preparations for the opening match against Australia in less than two weeks.”

Fiji will play Australia at the Sapporro Dome on Saturday September 21.