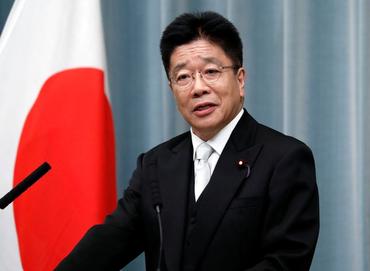 TOKYO (Reuters) – Japanese health minister Katsunobu Kato said on Tuesday it was still too early to talk about cancelling the Tokyo Summer Olympics, which start on July 24, due to the coronavirus and its spread in Japan.

Questions have risen about whether the Olympics should be moved or canceled, with one London mayoral candidate saying London was ready to host the games if needed.

Kato’s comments came after the minister was asked about such views at a news conference.