Japan hands over $1.25m worth of aid to a western school 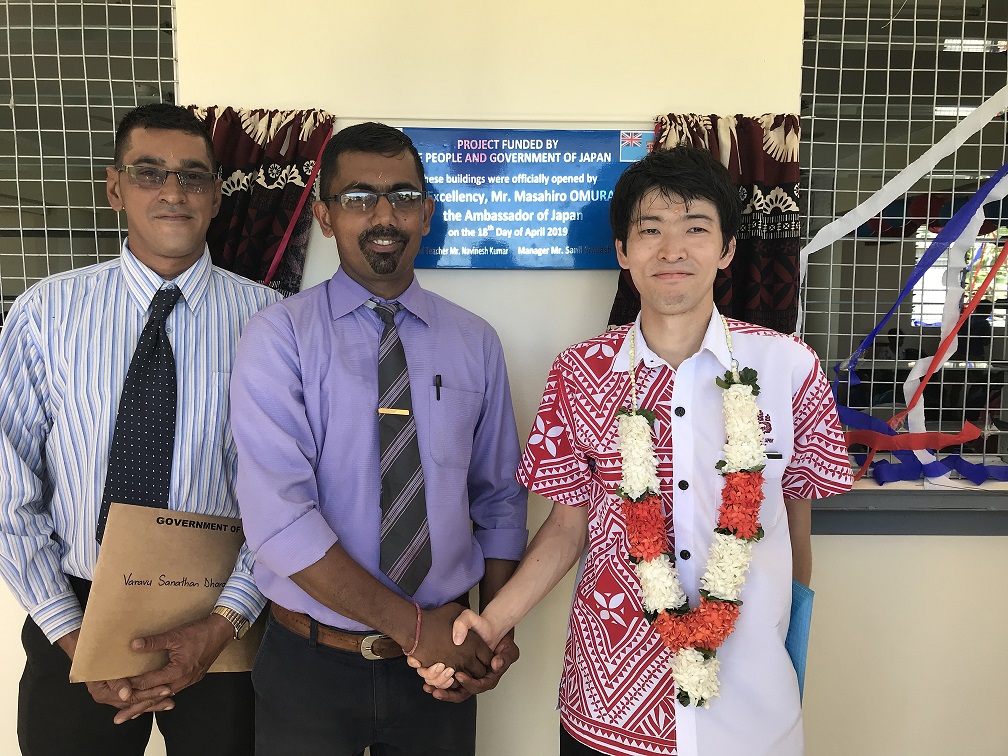 During the handover ceremony, Japanese Embassy first secretary of Development Cooperation Taisuke Iwano said the aid was given under Japan’s for Grassroots Human Security Projects Programme in support of Fiji’s Adopt-a-School scheme for institutions affected by Tropical Cyclone Winston.

“I understand that the sick bay had to be converted into a temporary classroom, a tent provided from UNICEF and the kindergarten were also used to conduct classes,” Mr Iwano said.

“Your determination to continue studies despite the difficult circumstances is testament to the school’s will to strive for excellence in education.”