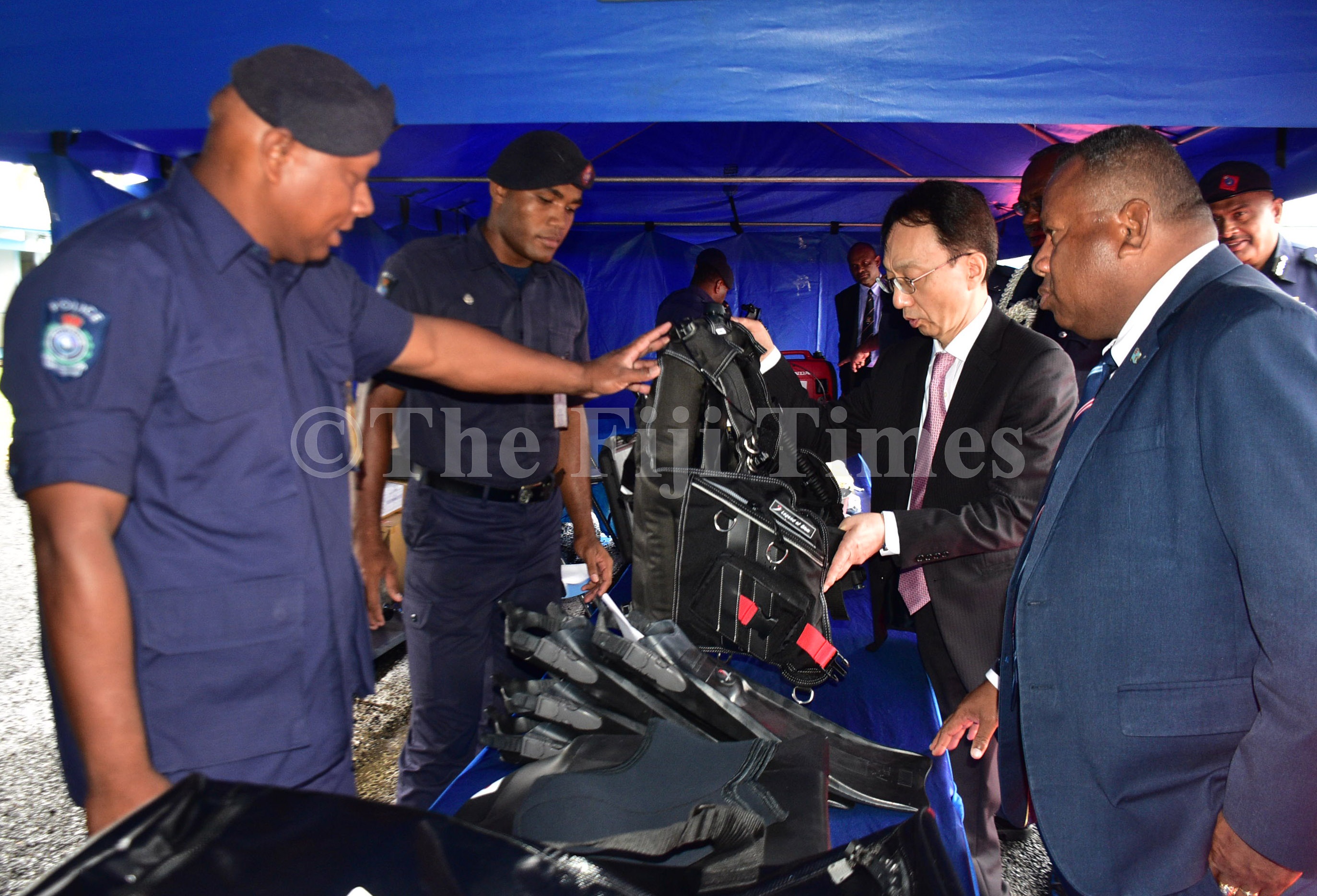 Defence minister Inia Seruiratu and the Japanese ambassador to Fiji Kawakami Fumihiro inspect the maritime safety and security equiment that was officially handed over yesterday by the Japanese goverment. Picture: JOVESA NAISUA

THE Japan government handed over maritime safety and security equipment worth about $F5.5 million to the Fiji Police Force yesterday.

Minister for Defence, National Security and Policing Inia Seruiratu said with the increase in natural disasters occurring in Fiji and the global pandemic, the support was very timely.

He said the assistance was a testament to the longstanding bilateral relationship between Fiji and Japan.

Japan’s ambassador to Fiji, Kawakami Fumihiro said the support was symbolic as it was the first time for them to provide assistance in the maritime area.

“Japan has been assisting Fiji in various areas but this is the first time to be providing assistance in maritime and law enforcement so this support shows strengthening and widening of support for Fiji,” he said.

He said the support would strengthen the Fiji Police Force’s capabilities in protecting and safeguarding its people, especially during cyclones.

“I would like to appreciate the force for its invaluable work that it continues to do in ensuring law and order as well as safety and security of all people, especially during the natural disasters amid the pandemic.”