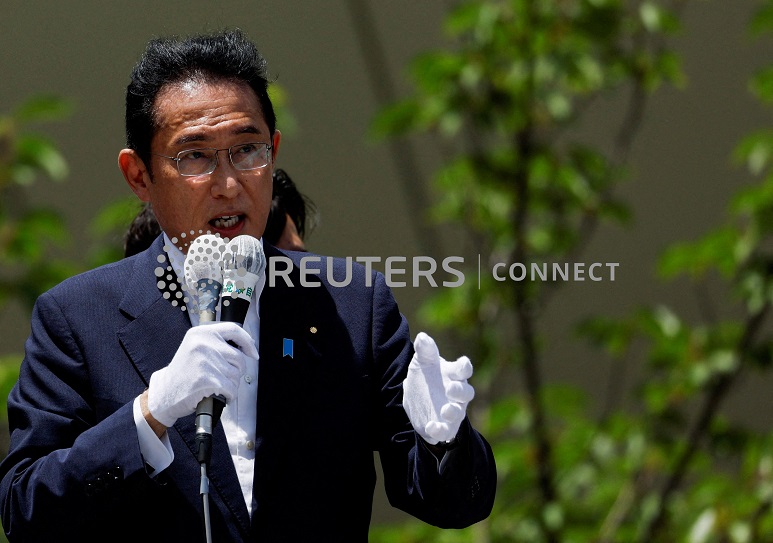 TOKYO (Reuters) – Japan’s ruling coalition is headed for victory in a July 10 upper house election, with Prime Minister Fumio Kishida’s ruling party likely to extend the number of seats it holds on its own, according to an opinion poll published on Monday.

A total of 125 seats are being contested, making 63 a simple majority.

Kishida’s Liberal Democratic Party (LDP) is projected to win about 60 seats on its own, up from the 55 seats it currently holds, according to a Nikkei business daily poll which was conducted at the weekend.

The Nikkei poll results run counter to recent public opinion surveys which have shown support for his government slipping due to surging prices and higher fuel costs in the wake of Russia’s invasion of Ukraine.