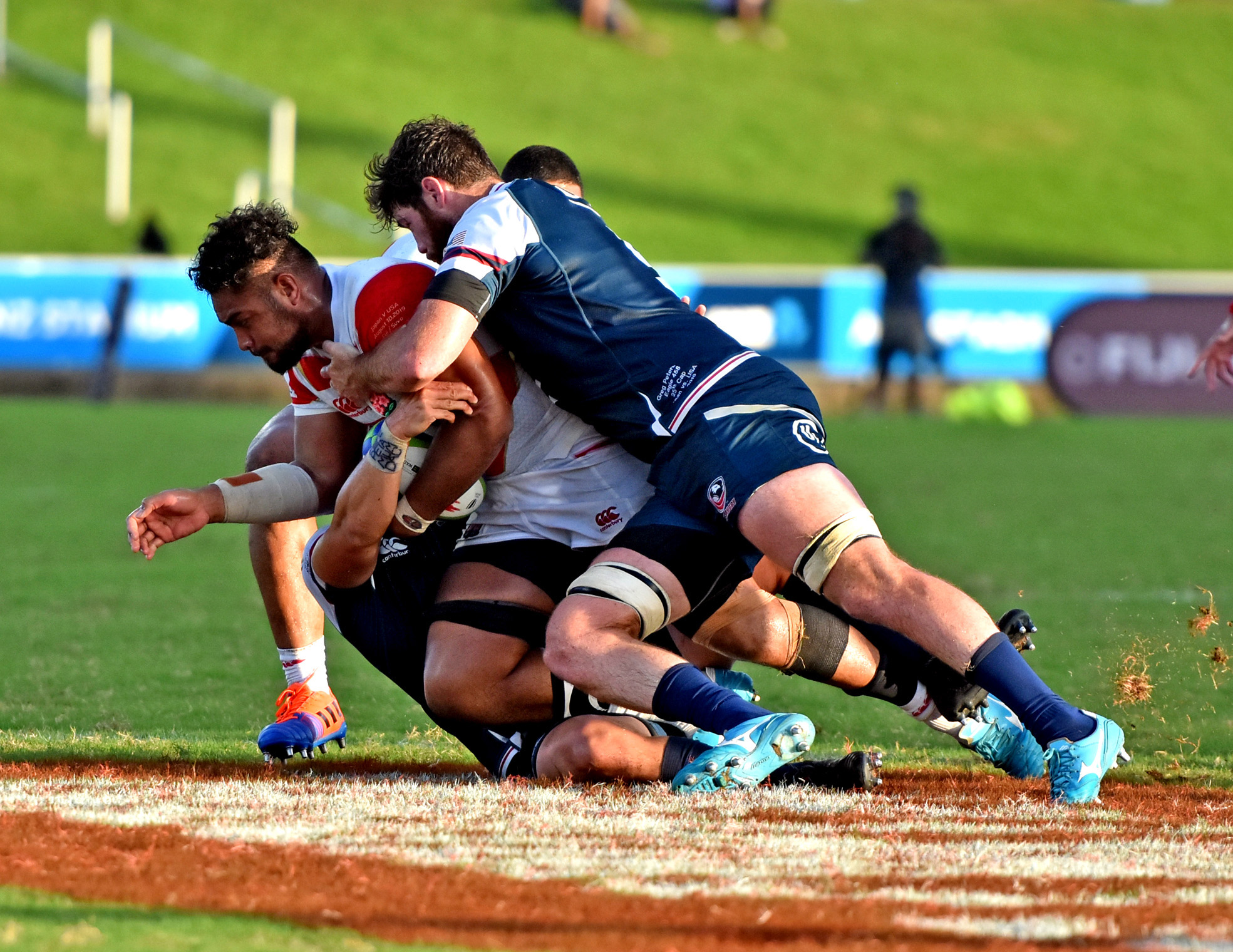 Greg Peterson of Japan brought down by the USA player during the Pacific Nations Cup challenge at ANZ Stadium in Suva. Japan won 34-20. Picture: RAMA

THE Japan rugby team defeated the United States of America 34-20 this evening to claim the Pacific Nations Cup title at the ANZ Stadium in Suva, Fiji.

Both teams played structured rugby, however, Japan dominated a lot in the line outs winning their opponents throws and countering from their rugged defence to score tries.

Japan team coach Jamie Joseph said he was proud of what his boys achieved today.

“Really proud of the boys, they played good rugby and winning the PNC was our first goal and then going into the World Cup,” said Joseph.

Read more reports in tomorrow’s edition of The Sunday Times.