Japan braces for return of torrential southern rains that killed 16 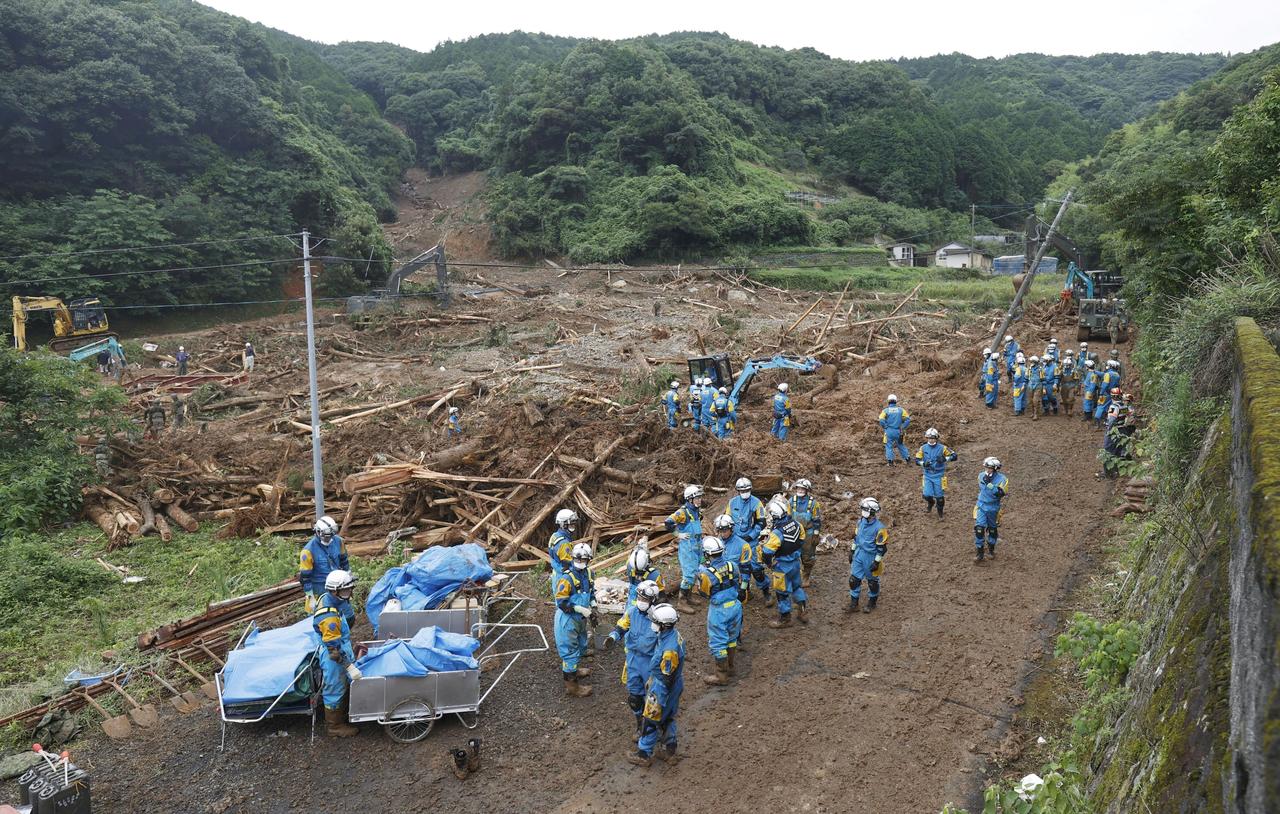 Television broadcast images of overturned cars, people shoveling mud from their homes and the military rescuing stranded residents in boats.

“We had no electricity and no running water,” one rescued woman told the broadcaster. “It was tough.”

“From this evening on, extremely heavy rains with thunder are expected in southern as well as northern Kyushu,” an agency official told Reuters.

“The rainfall so far has already loosened the ground. There is a high chance of landslides occurring, even without much additional rain.”