James’ jams a buzz – An idea to support his family 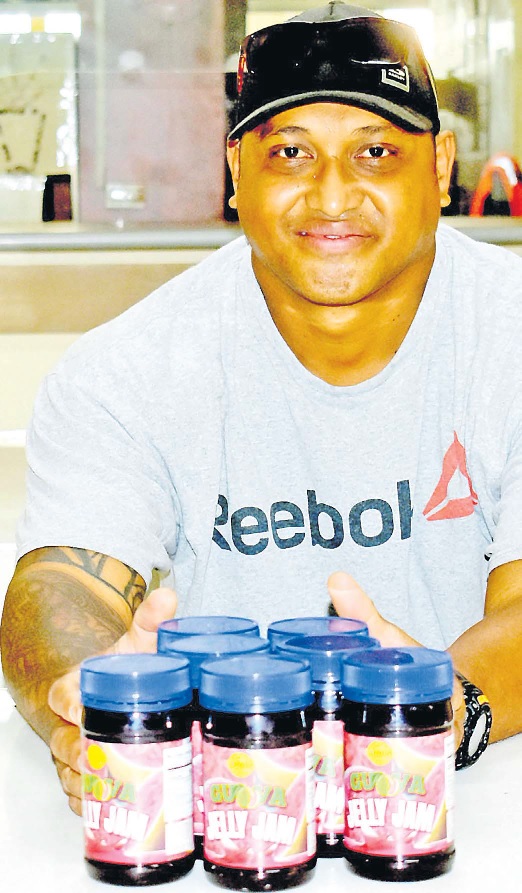 James’ homemade jam business has grown over the years supplying to customers around the country and he keeps prices affordable. Picture: UNA RATUBALAVU

Encouraged by his mother-in-law and his wife, James Louis took it upon himself to learn how to make guava jam and to turn his newfound skill into a business.

He started the venture in 2019 and said business had been good over the past two years when he began to earn enough money to support his family. “My mother-in-law and my wife Tokasa taught me how to make jam,” Louis said.

“When I started, I was making marmalade and guava jam. But I found out that not a lot of shops sold guava jam, so I decided to focus on one.

“I had a lady from Ra who supplies me with guava fruit from her village. Before the off-season kicked in, I made sure I stocked up on guavas and froze whatever I could in the cooler.

“Along the way, I came across a friend I went to school with, he began to design the labels and I sourced rejected bottles from Goodman Fielder. I did all this to make my product look professional.”

Once he got the product right, Louis utilised social media platforms and the ‘Buy and Sell Fiji’ site to promote and sell his jams.

“I began receiving a lot of orders and it just rolled from there.”

Apart from online opportunities, Louis said he also used the Raiwaqa Roc Market as an outlet for his jam.

“I do everything I do to support my wife who also works and our six children. I also sell grog too at my home. In life, you have to work hard and don’t depend on other people to meet your responsibilities.”

Louis said he attends the Latter Day Saints Church and the self-reliance lessons taught by the church also helped motivate him with his business.

“There is no substitute for hard work, that is what I always believe in. Since I am based at home, I ensure that I stock up about 60 bottles at any one time. Since I stay in Raiwaqa, I have a lot of customers from around the neighbourhood. Plus I attend to orders through social media and from people calling to place their orders.”

He said the highlight of his business was when he received an order to supply one carton of guava jam to the Prime Minister Voreqe Bainimarama in December last year.

“I was so delighted because he showed his genuine support towards a micro-business like mine in Raiwaqa.

“I support the Raiwaqa Rugby Club and the president of the club told the PM about my business. “So he decided to help me by ordering one carton of jam.”

He said he sold around 30 bottles a week when business was slow.

“Sometimes I get a lot of orders but I want to do this right and make sure it’s manageable.”

Louis’ guava jam sells at $5 a bottle and he could be found at 10 Derrick St, Raiwaqa.