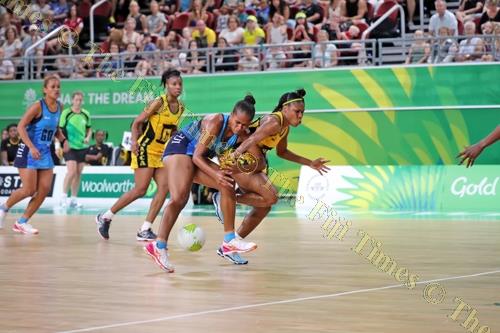 DETERMINATION did not help the Fiji Pearls after they went down fighting against Jamaica 88-30 in the opening match of the netball competition at the 2018 Commonwealth Games in Gold Coast, Australia.

“I think the first match is always a nervous time and Jamaica was very a good team and they are a red hot team for the gold medal,” Wilson said.

“Jamaica has got tremendous strength and they have two towers to anchor them and they showed great decision making.

“For us, it is always a challenge but the girls played well and at one stage we were able to run six of the under-21 players.”

Wilson said the development process would take time for players to grow into.

“It is not an overnight feat and we are talking about the team (Fiji) which is ranked 12th in the world. We are getting better and better,” she said.

“We could not keep up with the pace of the match because it was too much for us.”

The Jamaicans, who won the bronze medal at the 2014 games in Glasgow, Scotland, will face South Africa on Friday.