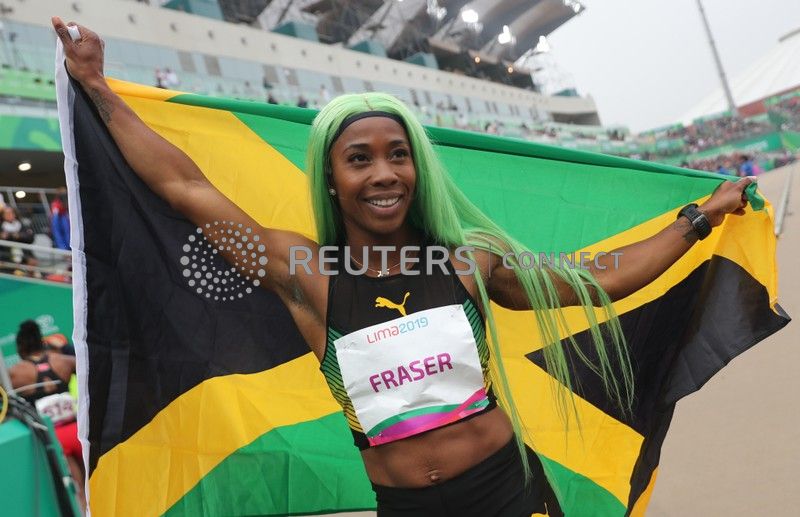 The 32-year-old clipped two-hundredths of a second off American Evelyn Ashford’s Games record of 22.45 set at San Juan, Puerto Rico in 1979.

Fraser-Pryce, who won Olympic titles in 2008 and 2012, beat Brazil’s Vitoria Cristina Rose by almost two-tenths of a second with Bahamian Tynia Gaither third in 22.76.

South American record holder Alex Quinonez of Ecuador won the men’s 200 in 20.27 for an easy victory over Jereem Richards of Trinidad & Tobago (20.38) and Yancarlos Martinez of the Dominican Republic (20.44).

The United States, which has found golds scarce in athletics, won two on the sport’s penultimate day at the Games.