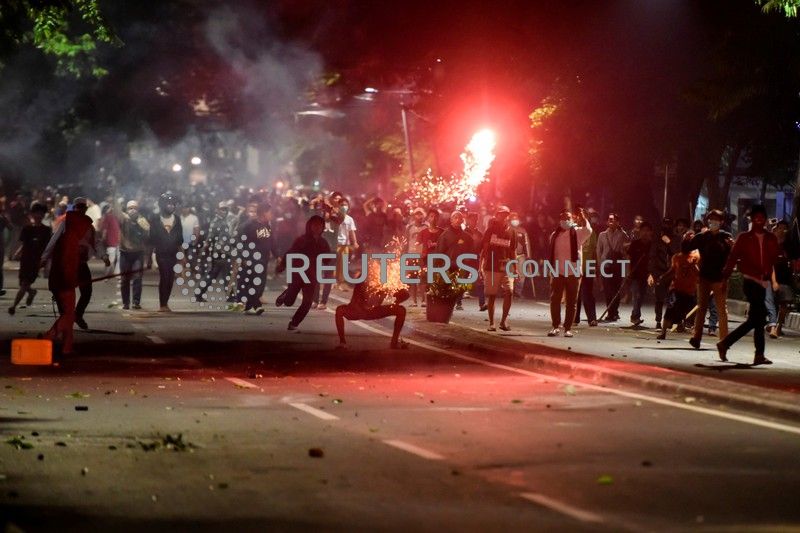 Protesters clash with police in Thamrin, Jakarta, Indonesia, early May 22, 2019 in this photo taken by Antara Foto. Antara Foto/Muhammad Adimaja/ via REUTERS

“As per 9 o’clock this morning, there were 200 people hurt being brought to five hospitals,” the governor told broadcaster TVOne.

“The number of people dead was six,” he said, adding that hospitals were conducting post mortems to determine the cause of death.