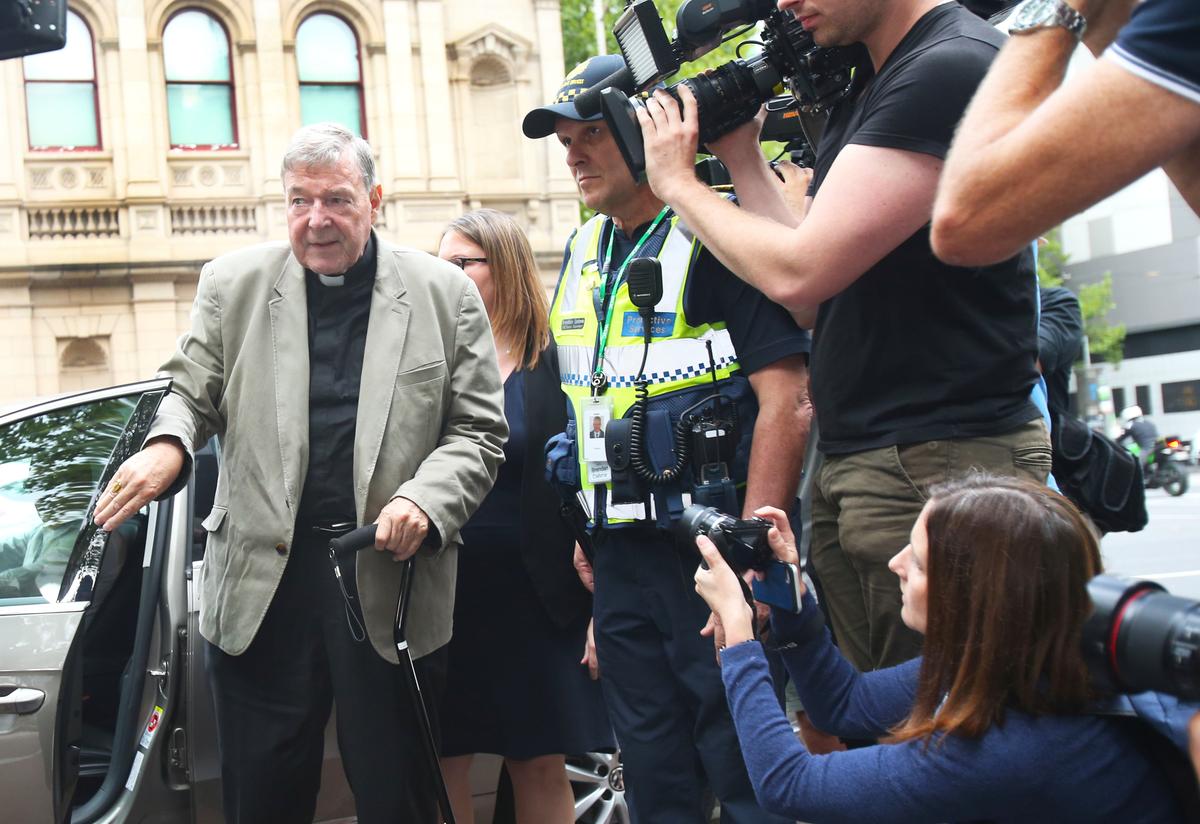 MELBOURNE (Reuters) – Jailed former Vatican treasurer George Pell will appeal on Wednesday against his convictions for sexually abusing two choir boys in the 1990s and if an Australian court rules in his favor could be released or face a retrial.

Pell, 77, the highest ranking Catholic cleric worldwide to be convicted of child sex offences, was jailed for six years in March after being found guilty of five charges of abusing two 13-year-old boys at St Patrick’s Cathedral while he was Archbishop of Melbourne more than 20 years ago.

The trial judge said that Pell, a former top adviser to Pope Francis, could die in jail. He is eligible for parole in late 2022.

He is appealing against his conviction on three grounds: the jury’s verdicts were “unreasonable” based on the evidence, the judge erred by blocking the defense from showing a video graphic in its closing argument, and there was a “fundamental irregularity” as Pell did not make his plea in the presence of the jury panel.

The appeal will be heard by three judges and will be live-streamed on the Supreme Court of Victoria’s web site. The appeals court is part of the state’s Supreme Court.

If the judges grant the appeal on the first ground, the conviction would be thrown out. If the appeal is granted on the second or third, then Pell could face a fresh trial.

Pell, who turns 78 on Saturday, was found guilty of all five charges by a jury in December, following two trials. The first ended with the jury unable to reach a unanimous verdict or an 11-1 decision.

The outcome was only made public in Australia in February after further charges of historical sexual offences, which had been set for trial this year, were dropped.

Pell was the highest-profile conviction in a scandal over pedophile priests that has rocked the Roman Catholic Church in the United States, Chile, Australia and elsewhere over the last three decades.

Pell’s lawyer declined to comment on how Pell has fared in prison.

American theologian George Weigel wrote in May in the conservative religious journal ‘First Things’ that friends who had visited Pell had been “cheered and consoled” by the cardinal, who described his incarceration as a “retreat”.

Pell was hand-picked by the Pope in 2014 to oversee the Vatican’s vast finances, but no longer has any position in the Vatican.

He remains a cardinal and could only be dismissed from the priesthood if the Vatican’s Congregation for the Doctrine of the Faith found him guilty following a separate canonical trial or a shortened procedure called an “administrative process”.

The Vatican launched its own investigation into the allegations against Pell after his conviction was made public.