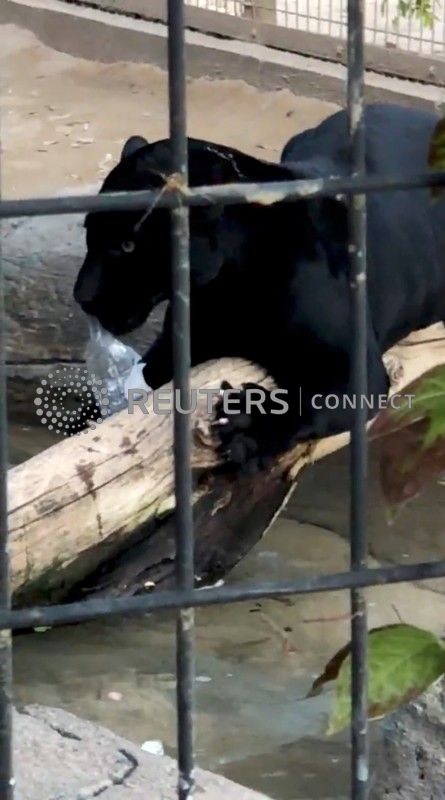 The jaguar that attacked a woman plays with a plastic bottle at the Wildlife World Zoo in Litchfield Park, Arizona, U.S., March 9, 2019 in this still image obtained from a social media video on March 10, 2019. Adam Wilkerson via REUTERS ATTENTION EDITORS - THIS IMAGE HAS BEEN SUPPLIED BY A THIRD PARTY. MANDATORY CREDIT. NO RESALES. NO ARCHIVES.

(Reuters) – A jaguar clawed an Arizona woman who climbed over a barrier to take a picture at the Wildlife World Zoo near Phoenix, officials said, and the zoo assured animal lovers the big cat would not be put down. Cellphone video of the incident showed at least one gash on the woman’s left forearm […]