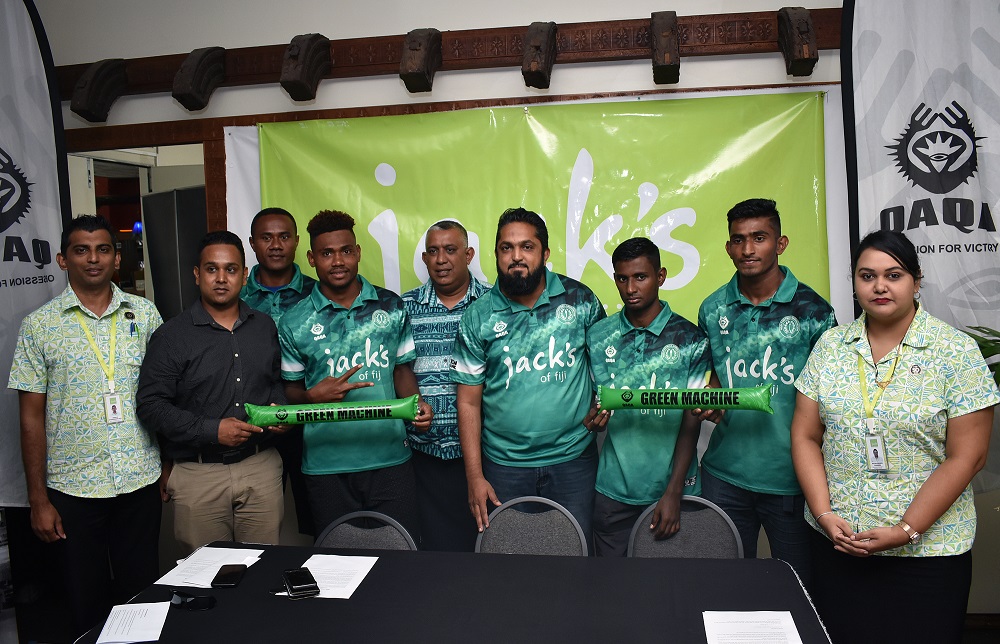 JACK’S of Fiji has re-signed Nadi Football Club for another year with a sponsorship deal amounting to $45,000.

Jack’s of Fiji marketing strategies and research officer Rayna Chandra presented the sponsorship deal at their Nadi office today as Jack’s signed on for their seventh year with the club.

“This opportunity provides players with much-needed support, encouragement to do well at district and national level,” Chandra said.

Nadi Football president Javed Ahmed said the sponsorship was a boost for the players going into the year, especially ahead of this weekend’s Vodafone Fiji FACT semi-finals.

He said it had been a great year for Nadi Football with players coming up through the development grade now featuring at the district level.

“We also have six players overall selected into the Pacific Games team, the largest number from any sporting club,” Ahmed said.

Nadi will play Lautoka this Saturday in their semi-final match at Churchill Park in Lautoka.