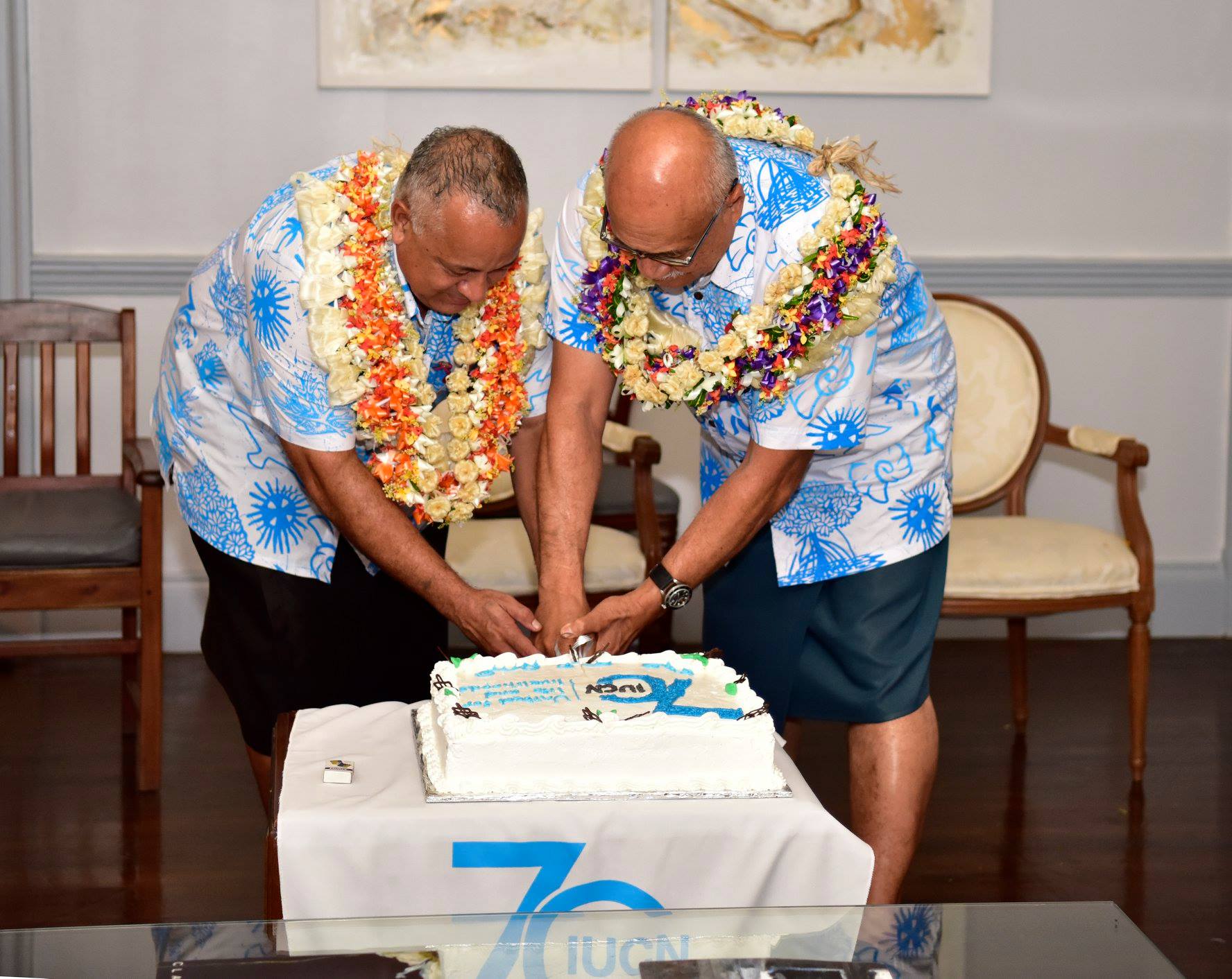 THE region faces a number of existential threats not only to our survival, but also to biodiversity and the very ecosystems upon which most of our livelihoods depend.

President Jioji Konrote said this in his address at the 70th anniversary of the International Union for Conservation of Nature and Natural Resources (IUCN) last night.

Mr Konrote highlighted that IUCN over the years has accomplished many achievements in terms of protecting endangered species and plants.

He mentioned how IUCN has continued innovation in the focus of nature based solutions while expanding the role of indigenous people in conservation.

“At the recent meeting of Pacific leaders in Nauru, leaders reiterated that climate change is the single, greatest threat to the livelihoods, security and wellbeing of Pacific people,” Mr Konrote said.

“I encourage IUCN and other conservation organisations to work closely with the Fijian Presidency of the 23rd Conference of the Parties to ensure that our Pacific peoples can face up to the threat posed by climate change and introduce innovative solutions to mitigate and help our people adapt to its reality,” he said.

“As a Pacific people, the Pacific Ocean unites us as a region. But our ocean is under threat.

“Marine debris, and increasingly plastic pollutants, are now becoming a very big threat to our source of livelihood.

“I believe that the IUCN, through its union of more than 1,300 members, its six world commissions with more than 13,000 scientist-members, and with the global distribution of its Secretariat staff in over 50 countries, is ideally placed to assist the Pacific region in dealing with issues that affect our ocean and terrestrial environment.”