It’s ‘not a breach’ – DPP agrees to withdrawal of charges, 9 walk free 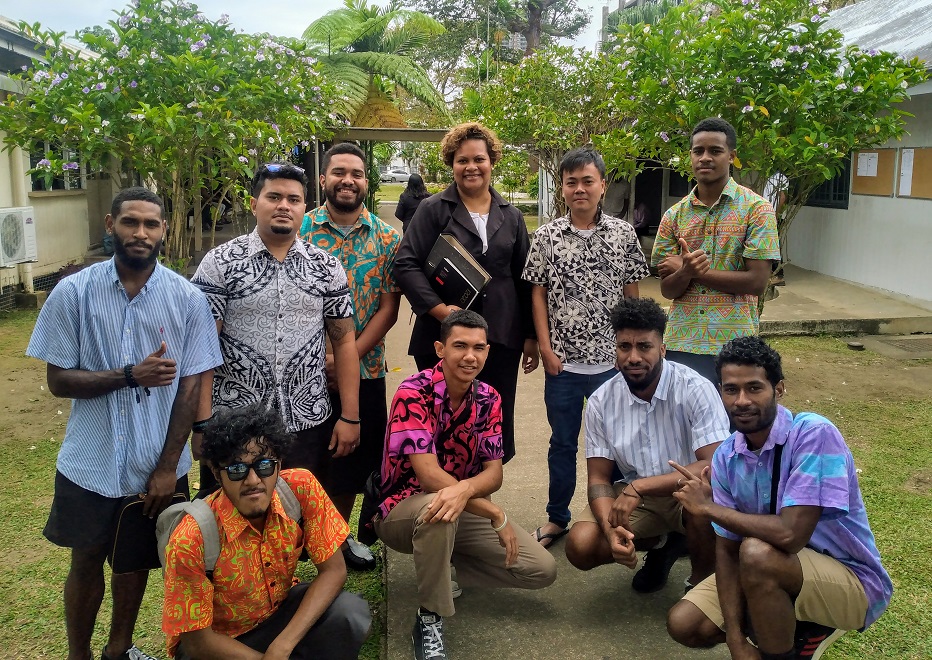 Munro Leys solicitor Liliwaimanu Vuiyasawa (standing, centre) with the group of nine students who had their case dismissed at the Magistrates Court in Suva. Picture: SUPPLIED

Nine men accused of breaching curfew orders in April walked free last week after the prosecution withdrew all charges against them.

The Suva Magistrates Court dismissed the charges against Zachariah Ah Koy, Brendon Fremlin, Gideon Kaurasi, Gregory Leleiveivono, Nicholas Phelps, Vatimi Seutinaviti, Cedric Vute, Thomas Yabita and Poon Wai Zhip, who were arrested on April 30 while in a Raiwaqa internet shop during curfew hours. Police had alleged the nine breached the curfew because they were not at home.

The group, represented by Suva law firm Munro Leys, argued they had not breached the curfew because they were all inside the internet shop at the time of their arrest.

Munro Leys lawyer Liliwaimanu Vuiyasawa had sought an adjournment in July to make submissions to the Office of the Director of Public Prosecutions on the case.

When the case was called last week, the prosecutor handed a memorandum to the court from the DPP agreeing to the withdrawal of charges.

Magistrate Liyanage Wickramasekara dismissed the charges against the group, telling them they were free to go.