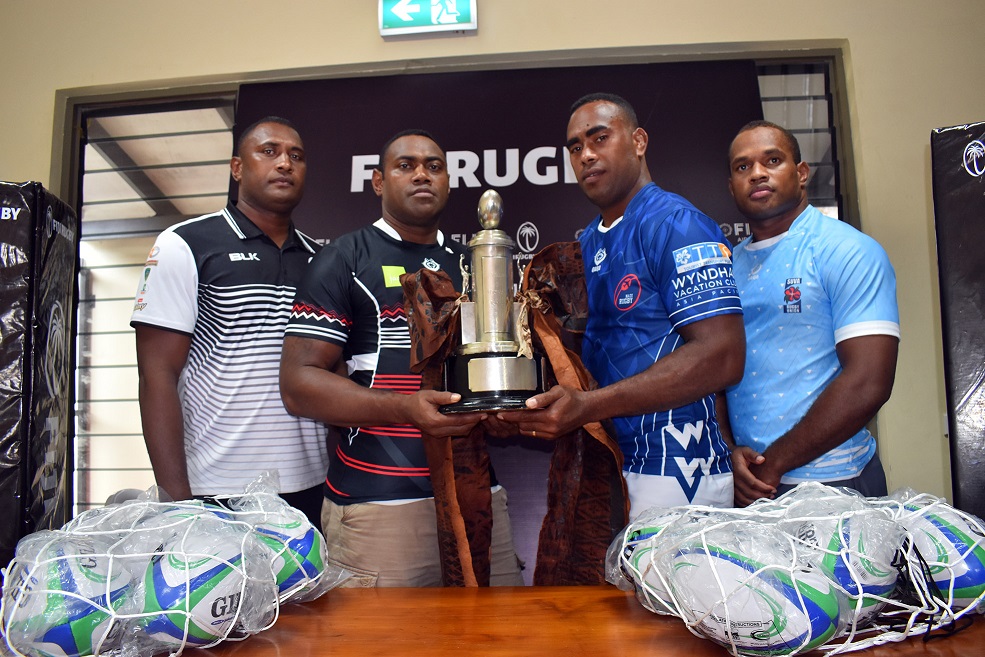 THE 2019 Fiji Rugby Union-sanctioned Farebrother Trophy Challenge series is scheduled to start this afternoon at Ratu Cakobau Park in Nausori.

“Remember that you are not only defending the title but you are doing it for the vanua and the people of Naitasiri,” Tuisese told his players during their training session on Thuirsday i Suva.

He said the new look and young Nadi outfit would not be a team to take lightly.

Its strength and conditioning coach Sikeli Lotawa believes his boys will give the champion a good run.

“We have a young side that has been developing from the past two years ,” Lotawa said.

“They will continue to learn and develop along the way, but when it comes to the Farebrother Trophy, Nadi has a different approach.

“We’ve been without the Farebrother Trophy for some years now and we are desperate for a win.

“We seek the support of the vanua to come and support their team tomorrow (today) as we embark on a journey that could be written in the history books for Nadi and Fiji rugby.

“We set a target in the beginning of the season to reach the Skipper Cup semi-finals. We did that and now we aim for the Farebrother Trophy.