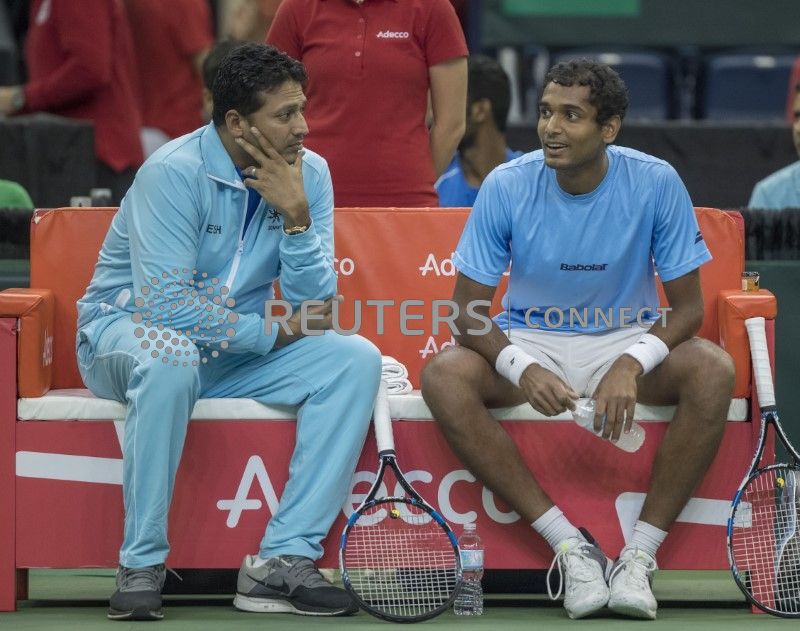 MUMBAI (Reuters) – India’s Davis Cup tie against Pakistan at Islamabad next month has been postponed to November under “exceptional circumstances” after a security review, the International Tennis Federation (ITF) said on Thursday.

The All India Tennis Association had last week written to the ITF asking them to shift the Sept. 14-15 tie to a neutral venue or postpone it until political tensions simmer down between the bitter neighbours.

“Following an in-depth security review of the current situation in Pakistan by independent expert security advisors, the Davis Cup Committee has taken the decision to postpone the Davis Cup Asia/Oceania Group I tie,” ITF said in a statement.

“The committee concluded that this is an exceptional circumstance while the first priority of the ITF is the safety and security of athletes, officials and spectators.

“The tie has been rescheduled for November, with the exact dates to be confirmed by the Committee no later than Sept. 9.”

The ITF, which had earlier shared security arrangements for the Indian team with the AITA and was satisfied, said it would continue to monitor the situation in Pakistan and the Davis Cup Committee would re-examine the security situation ahead of the tie.

Indian captain Mahesh Bhupathi, whose six-member squad had sought safety guarantees from the ITF before travelling to Islamabad, welcomed the decision to postpone the tie.

“We are happy and we are hopeful the situation will normalise by then,” Bhupathi told Reuters.

AITA General Secretary Hironmoy Chatterjee echoed the former player’s views, saying: “We’re extremely happy that the Davis Cup committee considered our request… we’re hopeful the situation will become better by then and we can go to Islamabad and play the tie.”

Earlier this month, Pakistan expelled India’s ambassador and suspended bilateral trade and all public transport links with its neighbour after New Delhi removed “special status” from its portion of the contested region of Kashmir.

The nuclear-armed neighbours have fought two wars over Kashmir since gaining independence from Britain in 1947.

They came close to a third in February after a deadly attack on Indian police by a Pakistan-based militant group resulted in air strikes by both countries.

An Indian tennis team last travelled to Pakistan in 1964 for a Davis Cup tie, defeating the hosts 4-0, while Pakistan lost 3-2 on their last visit to India in 2006.

Pakistan was forced to host Davis Cup ties at neutral venues for more than a decade as teams refused to travel to the country because of security concerns.

They played their first home tie after a gap of 12 years against Iran in 2017, while Hong Kong was relegated and fined by the ITF after they refused to travel to Pakistan the same year.