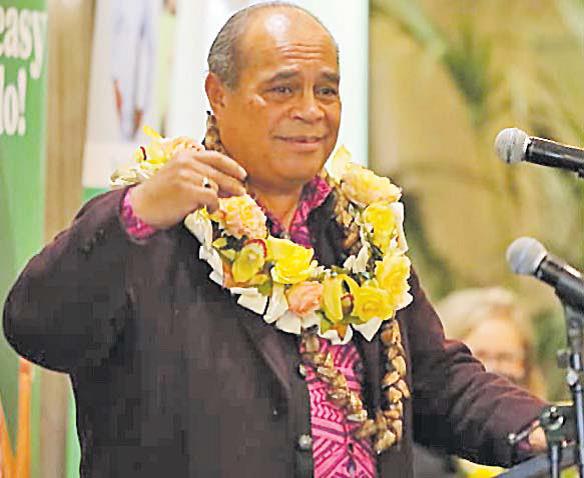 Concerns have been raised about the future survival of the iTaukei (Fijian) language as a threat of extinction looms despite its everyday use among its people.

A language and culture scholar in Fiji Dr Paul Geraghty said a growing generational gap within the iTaukei language had been detected and calls attention to concern.

Mr Geraghty said the extent of knowledge of iTaukei vocabulary and its diversity through the different dialects had reduced significantly over the years.

“Young people of today, especially in urban areas, do not speak as well as their parents or grandparents. They don’t have the same vocabulary knowledge, so that is something to be concerned about.

“People are losing their distinctiveness. The language is becoming what I would call standard Fijian or Fijian of the urban centres,” he said.

He added the loss of richness within the iTaukei language is rooted in Fiji’s long colonial history.

“The peculiar colonial history that we have is to a large extent to blame not only for the loss of indigenous languages in Fiji or the reduction of the knowledge of Fijian language but also perceptions are an essential thing.”

Mr Geraghty explained that until 1930 all education was in the vernacular, either iTaukei, Hindi (Fiji’s second largest spoken language) or Rotuman, until it wasn’t sustainable and colonial law makers began to look to the region for assistance.

“The New Zealand government began teaching in Fiji, and its education system was not inclusive towards teaching Maori, which is not the case today, but that culture was brought across to Fiji and children were punished for speaking in their native languages,” he said.

The lasting impacts of this event are still actively practised in Fiji, added Mr Geraghty.

“We look up to English as a superior language and make jokes about people who don’t speak English well.

That is not funny — English people don’t make jokes about people who can’t speak French. The most important thing in a child’s education is learning to speak their language well.”

Mr Geraghty has advocated the importance of incorporating native language into the education system as a scholar of language.

History has always been a leading guide to the future, and learning not to repeat the past, is what linguists advise. Mr Geraghty said that multilingualism was vital for a child’s education as it stimulated the mind and opened one too many other possibilities.

“Bilingualism and multilingualism — speaking two or more languages should be encouraged as it will increase the beauty of diversity in the world and our knowledge of this world and our position in it.”

A call for the Fijian Ministry of Education to act now and implement the compulsory learning of iTaukei and Hindi in schools is paramount.

Mr Geraghty added while the Fijian Government and universities had started incorporating vernacular into the curriculum, more needed to be done.

Fijian Language Week celebration The Fijian community has launched a week-long celebration of the Fijian language, traditions and culture with events across Aotearoa.

The Minister for Pacific Peoples, Aupito William Sio, marked Macawa ni Vosa Vakaviti — Fijian Language Week, welcoming this year’s theme of nurture, preserve and sustain the Fijian language. Mr Aupito acknowledges the enduring strength and sustainability of vosa vakaviti and its importance as the Fijian community navigates its recovery from the COVID-19 pandemic.

“Fiji has been hit hard by the COVID-19 pandemic and climate change’s ever-increasing impacts.  Yet, while it faces a road to recovery, the Fijian people can always rely on their language, traditions and values to sustain them.  Now more than ever, the Fijian language, culture, and identity is important to uphold both in Aotearoa and Fiji.”

Mr Aupito said the Fijian community in Aotearoa, New Zealand, should be applauded for their tireless efforts in advocating for and strengthening vosa vakaviti.

Fijian Language Week ran from October 2 to October 8 and celebrated the mother tongue of more than 19,000 Fijians living in New Zealand.