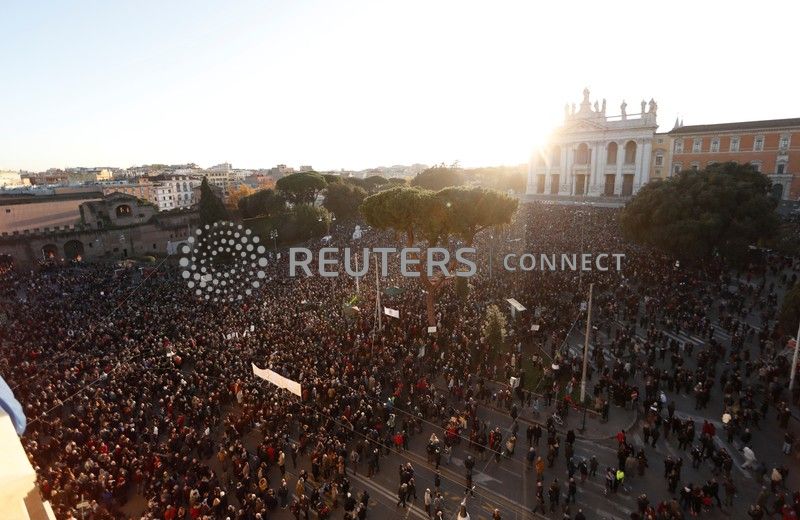 ROME (Reuters) – Tens of thousands of people joined a demonstration in central Rome on Saturday organised by a grassroots movement known as “the sardines”, launched only a month ago to protest against far-right leader Matteo Salvini. The sardines began in the city of Bologna in November when Mattia Santori, 32, and three friends invited […]