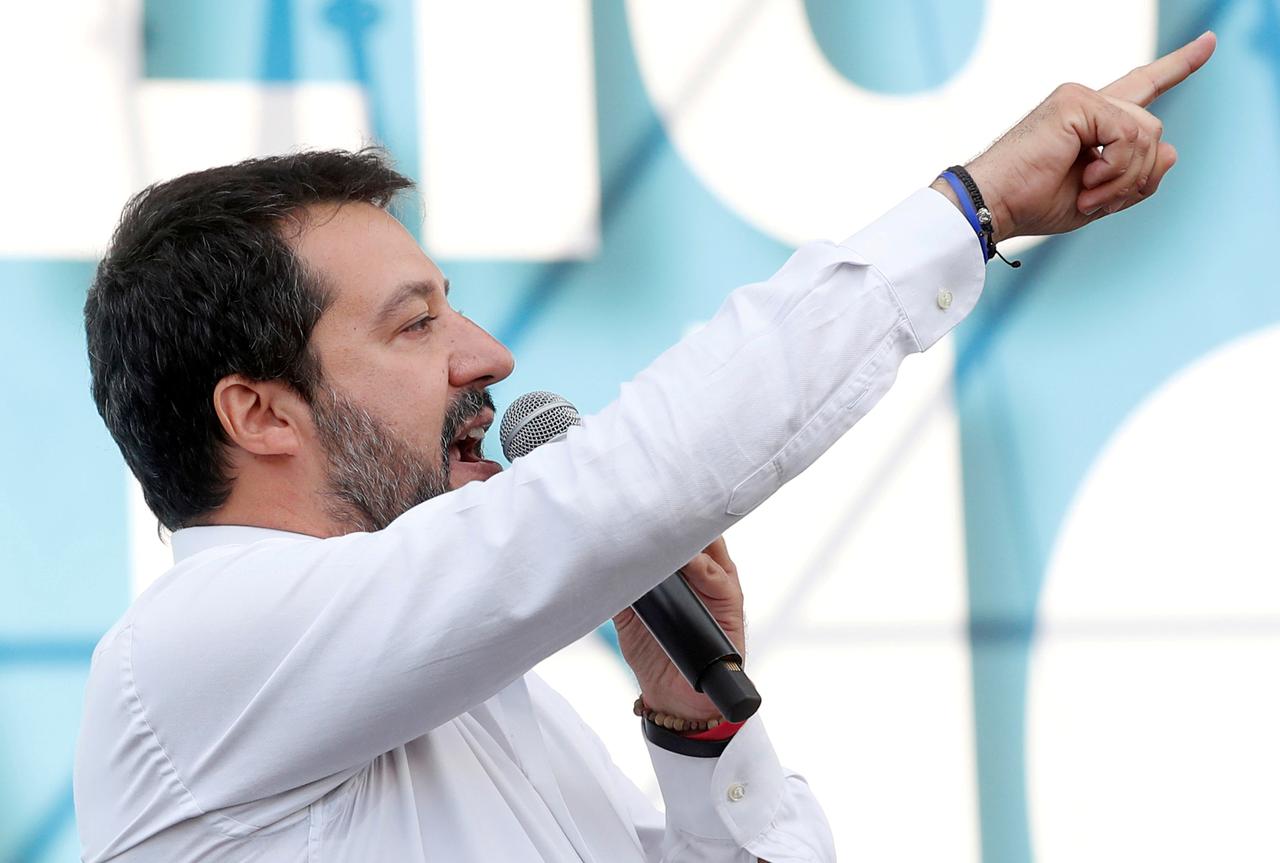 ROME (Reuters) – Far-right leader Matteo Salvini’s seemingly unstoppable political rise in Italy has been hit by an unlikely challenge from a grassroots movement known as “the sardines”.

The group emerged in the city of Bologna last week when four friends invited people to join a protest against Salvini’s League, whose popularity is growing ahead of an election in the northern Emilia-Romagna region.

Salvini is looking to lead a resurgent right to its first victory in the region in the Jan. 26 vote and has said if the left loses power in the wealthy area then it should also quit central government and open the way for a national ballot.

But an estimated 12,000-15,000 people answered last Thursday’s protest call, squeezing together like sardines in Bologna’s main square to denounce Salvini, whose anti-immigrant, Italy-first rhetoric has resonated with many voters.

“To those who shout the loudest, we are responding by being as silent as fish, but in a shoal, packed one next to the other. There are more of us than them,” said Mattia Santori, 32, one of the organisers. Some in the crowd held up cut-out sardines and the name caught on.

Pollsters say Emilia-Romagna, a traditional leftist stronghold, could fall to the League and its rightist allies following successes in other regional votes, most recently in central Umbria last month.

Polls also say the right would triumph in any national vote, with the League seen as Italy’s most popular party.

But buoyed by the unexpected success of the Bologna rally, a new protest was called for Monday in the nearby city of Modena, where some 7,000 people defied driving rain in silent protest.

Using “sardine” as a tag on social media, demonstrations were announced on Tuesday across the region, including Reggio Emilia on Saturday and Rimini on Sunday.

The movement also started to extend beyond Emilia-Romagna, with “sardine” rallies

called for the Tuscan city of Florence, the Lombardy capital Milan and the Sicilian capital Palermo.

Salvini has accused the centre-left Democratic Party (PD) of being behind the movement. “Scratch a sardine and you will find a PD’er,” he wrote on Twitter.

The organisers deny this and say they merely want to register their opposition to populist forces that are gaining strength in Italy after a decade of economic stagnation and sinking wages.

“The sardines are simply looking to halt the drift towards populism,” Santori said. “We are trying to wake up a people tired of seeing their values trampled underfoot.”

The ruling PD and its coalition partner, the anti-establishment 5-Star, have kept their distance, although PD leaders have welcomed the protests.

The 5-Star was born out of a peaceful street protest in Bologna in 2007. It was the most voted party in last year’s national election but support has dropped sharply since it forged a government first with the League, then the PD.