Italy under fire over charges against migrant rescue volunteer 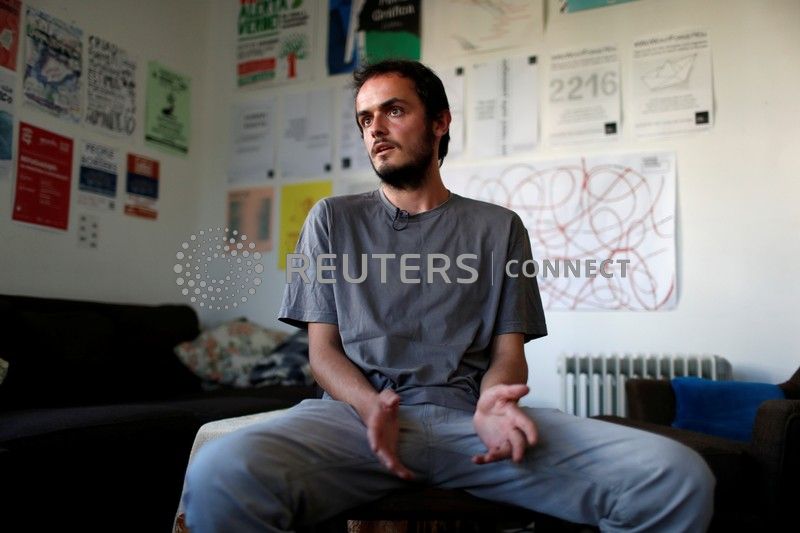 LISBON (Reuters) – Portugal’s parliament has protested an Italian decision to charge a Portuguese student with aiding illegal immigration, a move condemned by officials, who argue he was saving lives of migrants stranded in the Mediterranean.

Three years ago, Miguel Duarte, now 26, joined the German aid group Jugend Rettet as a volunteer on its rescue boat, Iuventa, which began patrolling the Mediterranean in July 2016. Volunteers like Duarte have rescued around 14,000 people stranded at sea, according to the aid group.

“I remember people crying tears of joy as they boarded the boat,” Duarte told Reuters, recalling the first of his four rescues. “I saw total despair because everyone thought they were going to die.”

But the Iuventa was seized in 2017 on suspicion it was aiding illegal immigration from Libya, becoming the first humanitarian ship to be confiscated by Italian police. It had conducted 15 missions.

At the time, Ambrogio Cartosio, chief prosecutor in the western Sicilian city of Trapani, said his office had “evidence of encounters between traffickers, who escorted illegal immigrants to the Iuventa, and members of the boat’s crew”.

Italian authorities brought charges against 10 Iuventa volunteers, including Duarte. They could face up to 20 years behind bars and large fines if found guilty of aiding illegal immigration. Both the German aid group and Duarte deny the accusations.

This month, Duarte’s case made headlines in Portugal after a humanitarian organisation began a crowdfunding campaign to help him pay for a legal team, raising over 50,000 euros.

This week, the head of Portugal’s parliament, Eduardo Ferro Rodrigues, sent a letter to his Italian counterpart, Roberto Fico, arguing Duarte “acted on humanitarian grounds with a spirit of solidarity” and “without any intention of breaching the law”.

“This is a matter of human rights, of safeguarding human lives — and this cannot be a crime,” Rodriges told Fico in the letter. Fico received the letter but declined to comment because the court case was pending, his spokesman said.

Duarte and his lawyer met with the Portuguese government this week to share information on the case. The foreign ministry will take further steps, including possibly bringing the case to the diplomatic level, the ministry told Reuters.

The Italian government has repeatedly accused rescuers of being complicit with people smugglers, who charge large sums to help migrants get to Europe. The Italian interior minister, Matteo Salvini, has closed the country’s ports to their ships.