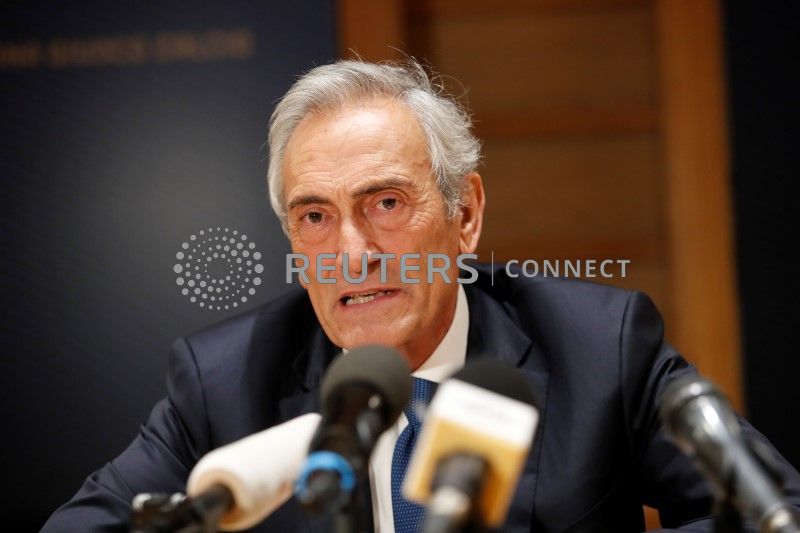 MILAN (Reuters) – The head of Italy’s football federation (FIGC) hopes that some fans can be allowed back into stadiums to watch Serie A matches before the end of the current season.

Although the government last week gave permission for Serie A to restart on June 20 following a three-month stoppage due to the coronavirus pandemic, all matches will have to be without fans until further notice.

“It’s a wish, I sincerely hope so,” FIGC president Gabriele Gravina told Radio24 in an interview when asked the return of fans to stadiums.

“It’s hard to imagine that, with all the precautions that are being taken, you cannot have a certain percentage of people in a stadium with 60,000 or 80,000 seats.”

He added that allowing fans into stadiums could be seen as a “sign of hope” for the country.

Hungary, where the season restarted on May 23, has already started allowing small numbers of fans into stadiums and Poland will allow stadiums to be filled to up to 25% capacity from June 19.