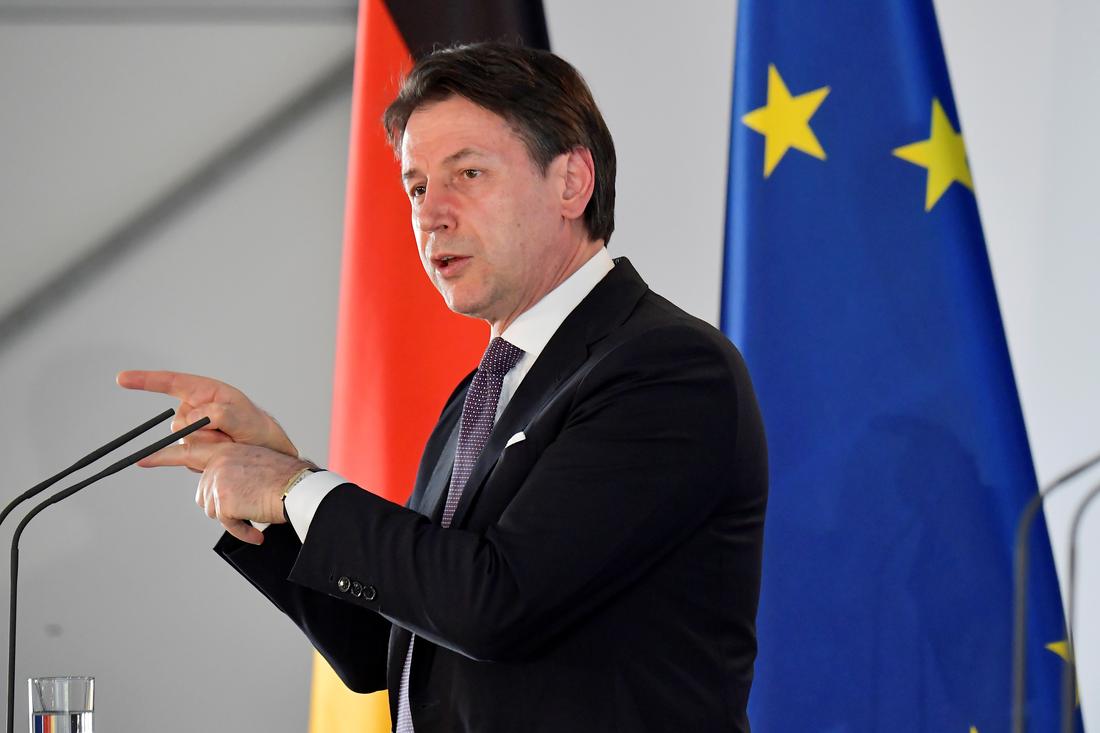 Italian Prime Minister Giuseppe Conte speaks during a news conference with the German Chancellor Angela Merkel after their meeting at the German governmental guest house in Meseberg, outside Berlin, Germany July 13, 2020. Tobias Schwarz/Pool via REUTERS

Speaking at a news conference with German Chancellor Angela Merkel, Conte said Italy was happy for EU institutions to monitor its economic reforms but imposing excessively stringent conditions would be counter-productive.

“It’s not in anybody’s interests to introduce conditionality that would compromise the support of the programme or give it scarce practical impact,” Conte said.