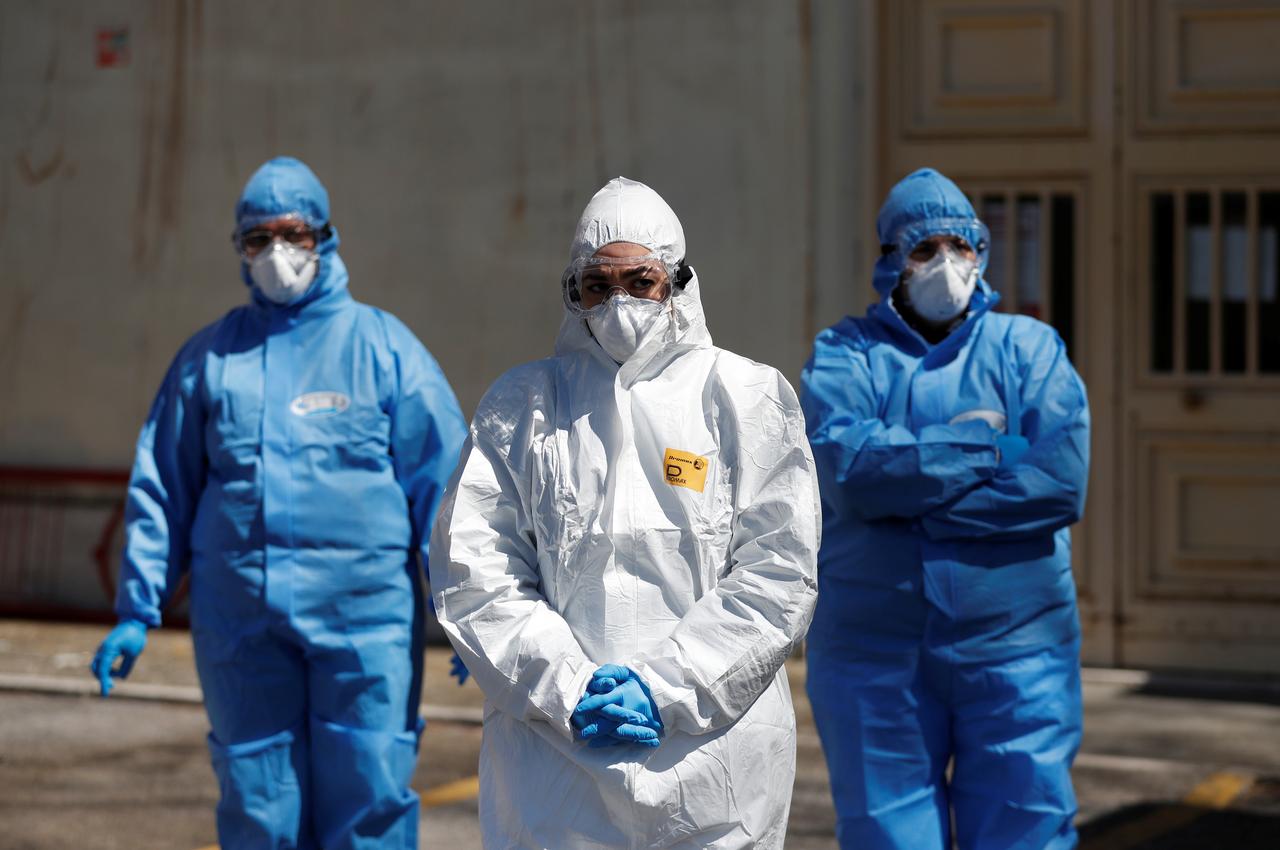 ROME (Reuters) – Italy’s daily death toll from coronavirus on Wednesday was the lowest for six days, authorities said, but the overall number of new infections grew and the government extended a national lockdown until at least the middle of April.

The Civil Protection Agency said 727 people had died over the last 24 hours, down from 837 the day before, bringing total fatalities from the world’s deadliest outbreak of the viral pandemic to 13,155.

Italy accounts for around 30% of all global deaths from the highly infectious respiratory illness, and two new studies suggested its true death toll could be significantly higher.

New cases rose by almost 4,800 on Wednesday, a sharper spike than in the previous two days, bringing total infections since the outbreak came to light on Feb. 21 to more than 110,500.

A national lockdown in place since March 9 was due to expire on Friday, but Health Minister Roberto Speranza told parliament the closures of most businesses and draconian restrictions on movement must remain in place until at least April 13.

“The numbers tell us we are on the right path but we must be careful not to make mistakes now and indulge in easy optimism that can nullify all our efforts and sacrifices,” he told the upper house Senate.

In the wealthy northern region of Lombardy, the epicentre of the outbreak, the daily tally of new infections jumped 50% compared with the day before, reversing a recent downtrend.

The daily death toll in the region also grew, while a study suggested the true number of fatalities is far higher than officially registered.

SOME DEATHS NOT COUNTED -STUDY

In the hardest-hit area around the city of Bergamo, some 4,500 people died of coronavirus in March, according to data analysis firm InTwig, while only 2,060 were included in the data provided by the Civil Protection Agency.

Most of the elderly victims died in their homes or in old peoples’ homes and, because they never made it to hospital, were never tested for the virus, according to the study based on data from doctors and overseen by a professor at Bergamo University.

Separate data from national statistics office ISTAT showed deaths in the north of Italy doubled in the first three weeks of March compared with the average during the same period between 2015 and 2019, reflecting the onset of coronavirus.

In Bergamo, fatalities more than quadrupled, while they increased between two- and three-fold in several other Lombardy cities. In some small towns at the heart of the outbreak they were up 10-fold this year compared with 2019.

With Italy’s economy on its knees due to the lockdown, a survey of purchasing managers showed manufacturing activity fell in March at its sharpest rate for 11 years, and Economy Minister Roberto Gualtieri said this year would see a steep recession.

He told Il Fatto Quotidiano newspaper a forecast by employers’ lobby Confindustria that gross domestic product would shrink by 6% was “realistic”. Gualtieri promised a new stimulus package this month would be significantly larger than the one of 25 billion euros ($27.27 billion) adopted in March.