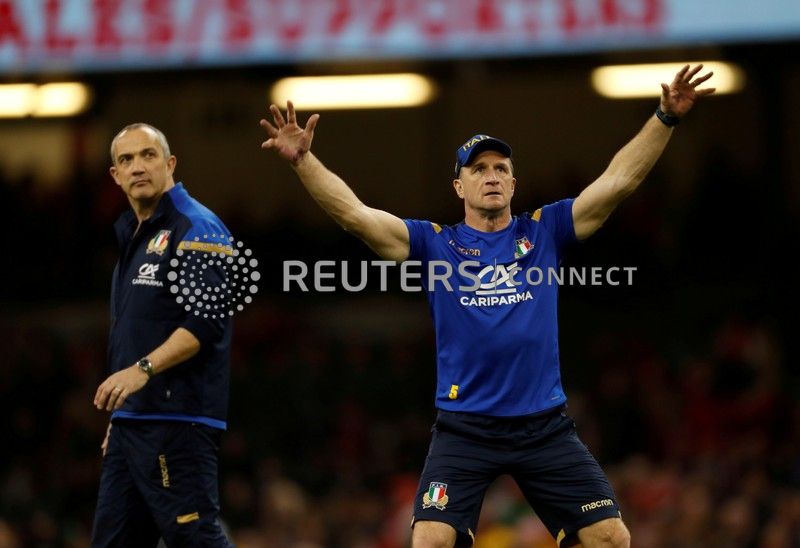 The former England international, who was part of his country’s World Cup-winning team in 2003, has worked as Italy’s attack coach under Conor O’Shea since 2016.

Catt held a similar role with England between 2012 and 2015 after ending his international career with 75 caps.

“Mike brings a wealth of experience to the coaching group and has been operating at the highest level of the international game for some time,” IRFU performance director David Nucifora said in a statement.

Catt’s contract will keep him with Ireland up to and including the 2023 World Cup.

“He was a smart and innovative player and he brings those attributes and much more besides in his approach to coaching and player development,” Nucifora added.

Catt, who as a player won four Six Nations titles with England plus three Premiership crowns and a European Cup at Bath, said his immediate focus was helping Italy in the World Cup.

“I’m looking forward to the RWC and seeing the group of players we have in Italy fulfil their potential and achieve the objectives we’ve set for ourselves,” he said.

“It’s an honour to be given this future opportunity with Ireland but I’ll focus on that challenge only after I have given my all for Italy.”