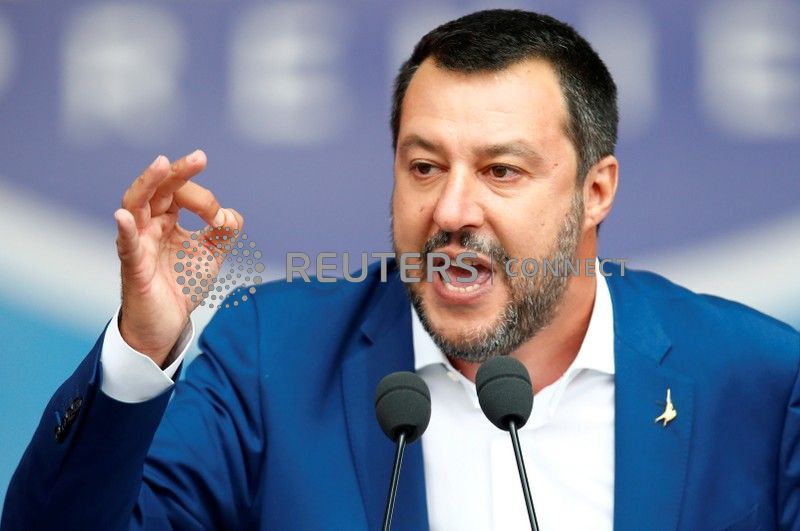 MILAN (Reuters) – Italian prosecutors have ordered the seizure of a rescue boat anchored outside the port of Lampedusa in Sicily, triggering a potential tug-of-war with Deputy Prime Minister Matteo Salvini who has pledged to stop the migrants from disembarking.

Tax police officers have boarded Sea Watch 3 to seize the vessel, the websites of several Italian dailies reported, adding the move would eventually open the way for the 47 immigrants on board to disembark.

Sources at the interior ministry, which is headed by Salvini, criticised the prosecutors’ move, adding the minister was still opposed to the migrants disembarking from what he considers an “illegal ship”.