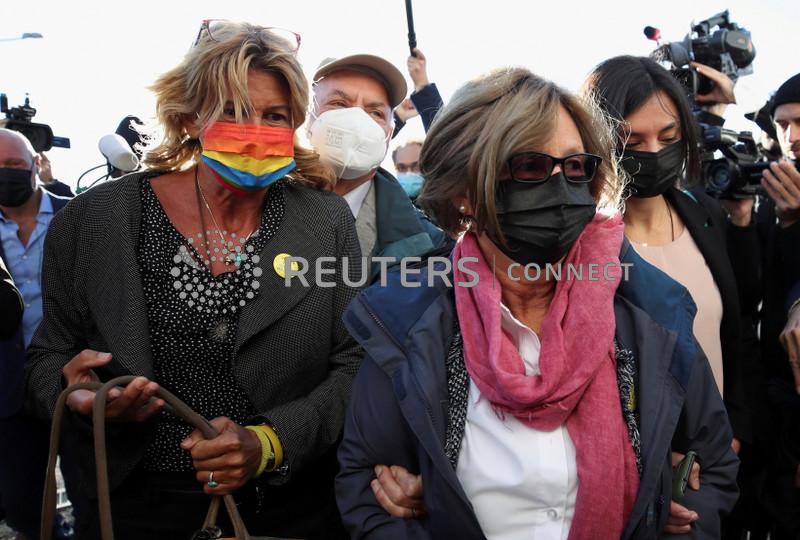 Lawyer Alessandra Ballerini, Paola and Claudio Regeni, parents of Giulio Regeni, arrive for the opening of the trial of four senior members of Egypt's security services over their suspected role in the disappearance and murder of student Giulio Regeni in Cairo in 2016, in Rome, Italy, October 14, 2021. REUTERS/Yara Nardi

ROME (Reuters) – An Italian judge said on Thursday she was suspending the trial of four Egyptian security officials over the disappearance and murder of student Giulio Regeni in Cairo because of concerns the men might not know they had been charged.

Court-appointed defence lawyers for the four senior officials had earlier told the court that no one had been able to reach them in Egypt to tell them about the trial, making the proceedings void.