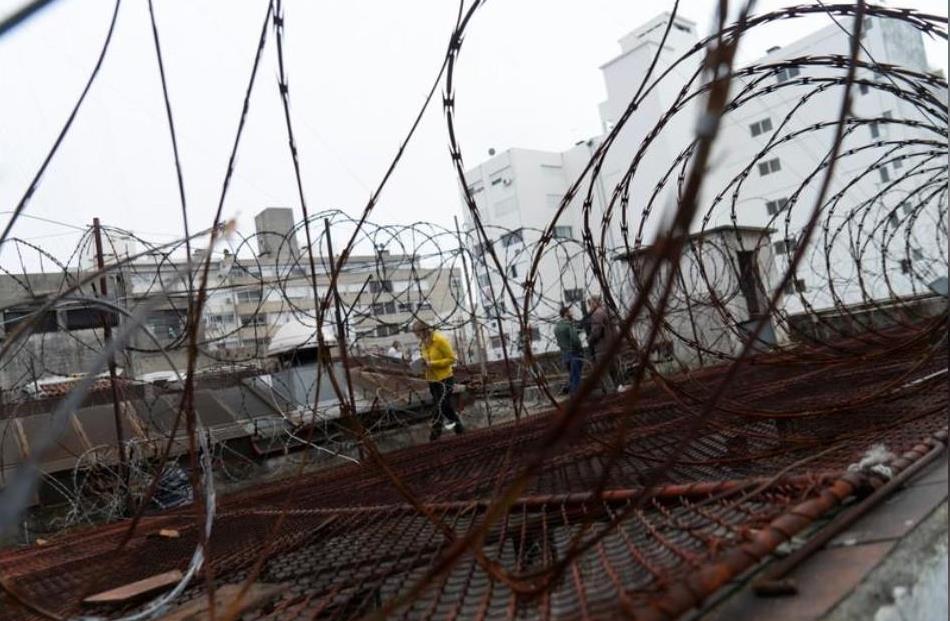 People walk on the roof of the National Institute of Rehabilitation (INR), from where Italian mob boss Rocco Morabito escaped overnight with three others, as he was waiting to be extradited back to Italy, in Montevideo, Uruguay June 24, 2019. REUTERS/Mariana Greif

MONTEVIDEO (Reuters) – An Italian mob boss, who had been imprisoned in Uruguay since 2017, escaped from jail overnight as he was waiting to be extradited back to Italy, the South American country’s interior ministry said on Monday.

Rocco Morabito had been the most wanted fugitive member of the Calabrian ‘Ndrangheta, Italy’s most powerful organized crime group and one of Europe’s biggest importers of South American cocaine.

Dubbed the “cocaine king of Milan,” the 52-year-old Morabito had been arrested after more than two decades on the run from convictions for Mafia association, drug trafficking and other serious crimes.

Uruguay’s interior ministry said in a statement that Morabito and three others had escaped late at night through the roof of the former Carcel Central prison – now called a national rehabilitation center – onto an adjoining building.

“It is disconcerting and serious that a criminal like Rocco Morabito, boss of the ‘Ndrangheta, managed to escape from a jail in Uruguay while he was waiting to be extradited to Italy,” Italian Interior Minister Matteo Salvini said.

“I make two commitments, First: to shed light on evasion procedures, asking for immediate explanations from the Montevideo government. Second: we will continue to hunt down Morabito, wherever he is, to throw him in jail as he deserves.”