It all happened at Korolevu 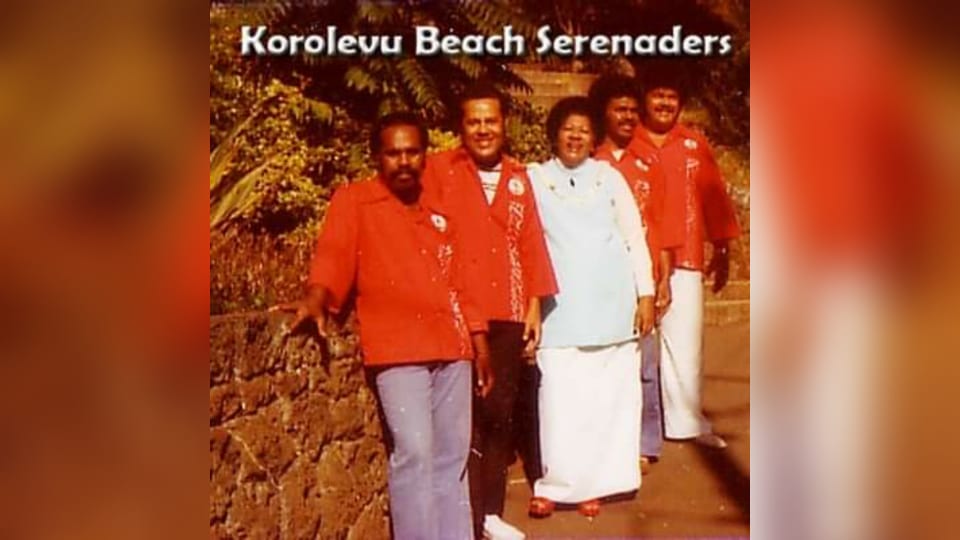 All that remains of the once bustling entertainment mecca at Korolevu on the Coral Coast are the stubborn charred concrete slabs that were once home to the best of Fijian tourism.

For a musician in the ’60s, if you played at the Korolevu Resort, you had literally earned your stripes.

Back then, the Korolevu Beach Serenaders were the band. The band featured the inimitable vocals of Teresa Purcell and also had the musical talents of guitarists Wilson Emberson, Joe Logavatu and Pedro Philitoga, among others.

To grace the stage with Purcell, one would have to have the ability to play a range of different styles and genres of music.

When the disco era arrived in the late ’60s to early ’70s, the band would pick up the pace and send revellers bopping and weaving across the dancefloor.

The Korolevu Beach Serenaders had a hit song called It all happened at Korolevu.

The title and lyrics pretty much summed up what the Coral Coast entertainment strip was all about.

While the band was a big draw card, there were also the activities the management and staff members put together that brought locals, colonial administrators and tourists there, time and time again.

In fact, Korolevu was known as Fiji’s Riviera and the strip featured two holiday properties – the Korolevu Beach Resort and Paradise Point Hotel.

Ken Janson, the man who many regard as the godfather of live music in Fiji, said from what he knew, Korolevu was a “happening” place.

“It was larger than life, from what I heard of it, it was the music, the famous stars of the local scene at that time, including Henry and Teresa Purcell and all the musicians who formed the Korolevu Trio and then the Korolevu Beach Serenaders,” he said.

“What made it famous was also the fact that there were not many hotels around at that time.”

“The place was called Bula Talei and even though it was a grog shop, the music that was played there was top class.

“All the best guitarists and singers would perform there and you had to be really good to get a chance to showcase your talent at Bula Talei. “Henry used to take his steel guitar and perform there and the place would be jam-packed because of the level of musicianship and singing.” Janson said the Korolevu Beach Serenaders were so good that a New Zealand record label, called Viking, came to Fiji and recorded the group and released an album of their most memorable tunes.

“That’s a true measure of their greatness and not many Fijian bands could do that at that time.” Janson would later make his name as the owner of the Golden Dragon nightclub on Victoria Pde in Suva. The venue took on the mantle of entertainment mecca when the Korolevu scene faded away in the early ’80s after Cyclone Oscar hit Fiji in 1983 and wiped out powerlines.

Because power could not be restored to the Coral Coast area for quite some time, the Korolevu Beach Resort and Paradise Point Resort were both forced to close when they couldn’t cater to tourists.

Janson said had the two resorts continued, they would have continued to take local entertainment to even greater heights. One of the key contributing factors to their success was the fact that they were ideally situated, halfway between Suva and Nadi.

Apart from the music, Korolevu was where the term bure was believed to have been first used to describe individual bungalow-styled accommodation units.

They were also the first resorts to feature Polynesian-themed entertainment, including fire and knife dancers and uniting Pacific flavour