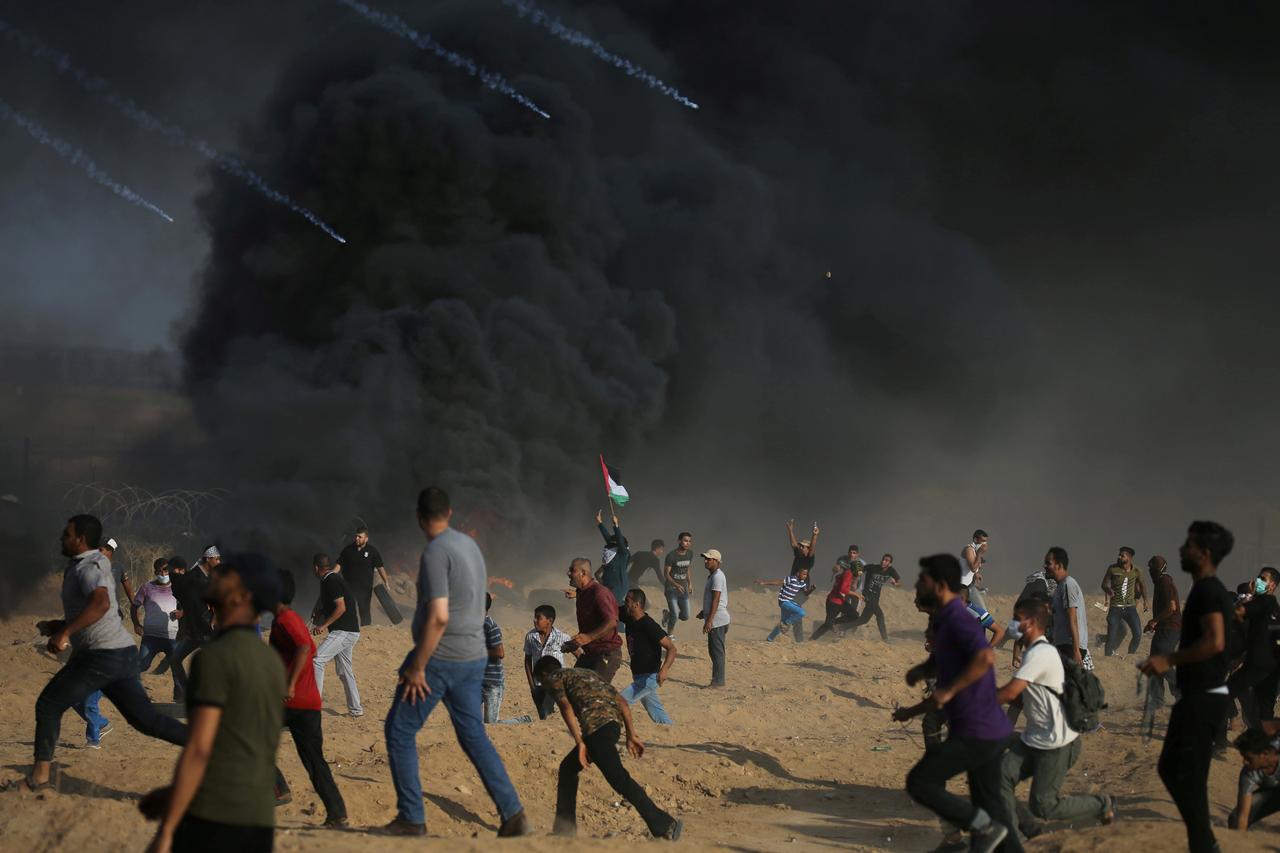 Tear gas canisters are fired by Israeli troops towards Palestinian demonstrators as they run during a protest demanding the right to return to their homeland at the Israel-Gaza border, in the southern Gaza Strip August 3, 2018. REUTERS/Ibraheem Abu Mustafa

GAZA (Reuters) – Israeli forces shot and killed a Palestinian on Friday during weekly protests along the border with Israel, Gaza health officials said. In addition to the 24-year-old male fatality, 30 other people were wounded by live gunfire during the protest, in which thousands participated, they said. An Israeli military spokeswoman said troops, facing […]