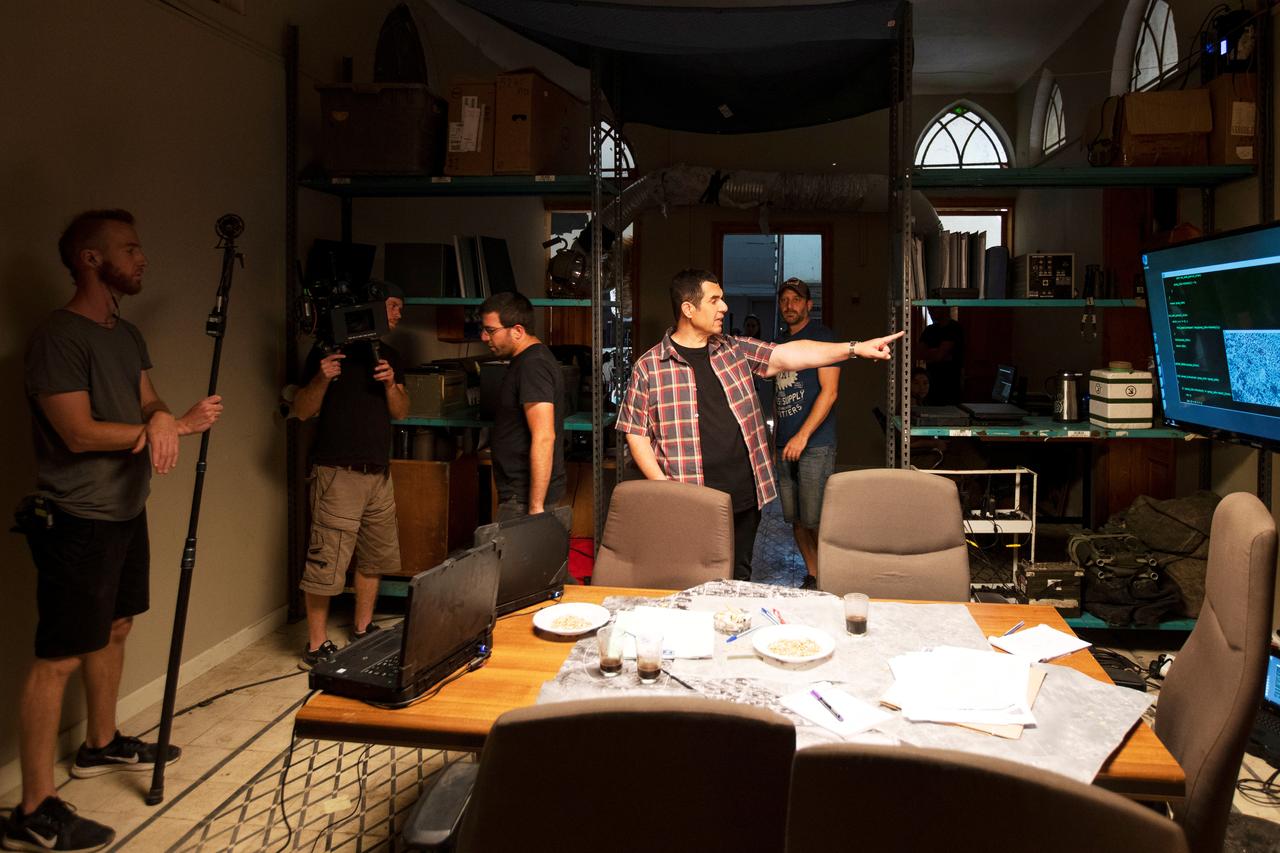 An actor and the filming crew work on the set of Israeli television series "Fauda", in Jaffa, Israel May 23, 2019. REUTERS/Ronen Zvulun

TEL AVIV (Reuters) – “Fauda”, an Israeli TV series that has become a Netflix hit for its unsparing portrayal of undercover commandos who pose as Palestinians to pursue Hamas guerrillas, promises to dig deeper into the conflict in its third season.

The first two seasons took place mostly in the occupied West Bank. This time, showrunners Avi Issacharoff and Lior Raz have set much of it in the Gaza Strip, where the armed Islamist faction rules and has fought three wars against Israel.

“This is going to be much more dark, much more emotional,” Raz, who also plays Fauda’s tortured lead character, told Reuters at a dusty, smoke-wreathed underground Tel Aviv power plant repurposed to look like a Hamas tunnel and bunker network.

The show, which has bilingual scripts in Hebrew and Arabic, has been praised internationally for its gritty realism – the New York Times listed it as one of the best shows of 2017 – while being criticized by pro-Palestinian campaigners who describe it as gung-ho, pro-Israeli war propaganda.

The title means “chaos” in Arabic and is the commandos’ codeword for when an operation goes awry.

The creators acknowledge that they come to the conflict from an Israeli perspective: “At the end of the day, Lior and I – we’re both Jews, Israelis, Zionists. We cannot be fair. This is not a joint narrative,” Issacharoff told Reuters.

Nevertheless, they say it succeeds because the Palestinian characters are nuanced and complex. Palestinians, they hope, could enjoy it too.

“We want to bring people to watch this story and the plot that we are writing. We are not trying to change the world,” Raz said. “We can try to make people to start to talk to each other and to try to understand each other much better.”

On the set, Israeli Arab actors playing Palestinian militants milled about in camouflage uniforms wielding replica Kalashnikovs. In between exchanges of dialogue in Arabic, they took instruction in Hebrew from the director.

Some pro-Palestinian activists have called for a boycott of Netflix for broadcasting it.

“The series was not written by Europeans or Americans or Africans. It was written by the aggressors, by the criminals themselves,” said a commentary on the Arabic website Vice.

Yet Yasmeen Serhan, a Palestinian writer in London, wrote in the Atlantic that she found herself unable to stop watching, even though “it sometimes had me yelling at the screen”.