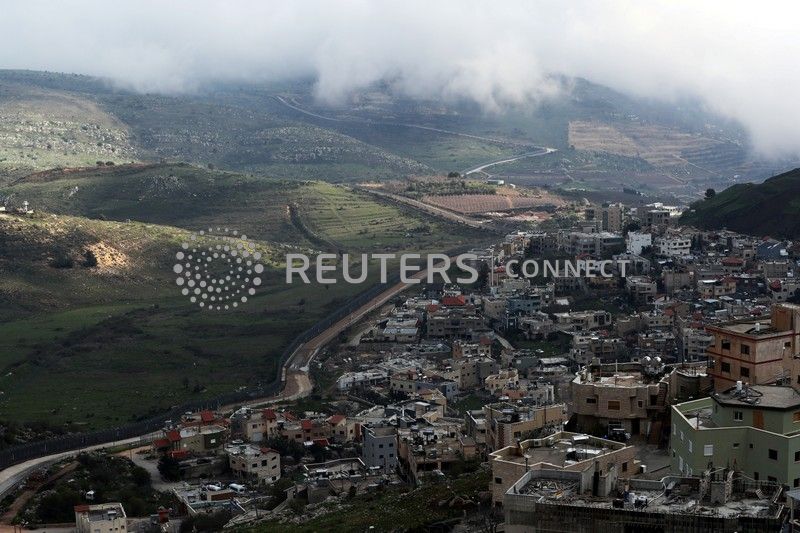 FILE PHOTO: A general view shows the town of Majdal Shams near the ceasefire line between Israel and Syria in the Israeli-occupied Golan Heights March 25, 2019. REUTERS/Ammar Awad/File Photo

“Four launches were identified from Syria towards Israeli territory which were intercepted by the Israeli air defence systems,” the army said. “No hits on Israeli communities were identified.”

Israel captured the Golan from Syria in a 1967 war and later annexed and settled it – moves not accepted by most world powers.

Israel says it needs to keep the plateau as a buffer zone between Israeli towns and the instability of its neighbour to the north. Syria insists that the part of the Golan held by Israel is occupied territory and has demanded its return.