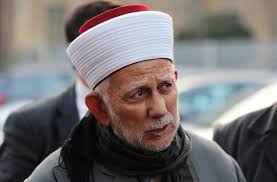 Sheikh Abdel-Azeem Salhab, looks on after he was released by Israeli police at a police station in Jerusalem February 24, 2019. REUTERS/Ammar Awad

JERUSALEM (Reuters) – Israeli police on Sunday arrested and later released a senior Muslim cleric who helps administrate a sacred compound in the Old City, two days after he re-opened a mosque sealed by Israel during a Palestinian uprising in 2003. Sheikh Abdel-Azeem Salhab, who sits on the religious council appointed by Jordan to oversee […]