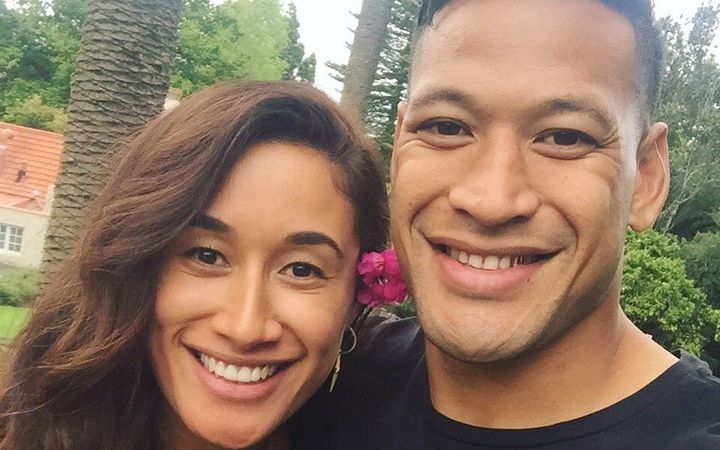 Folau, 32, announced she’s retiring from all netball after playing 150 tests for New Zealand.

Her husband, Australian rugby international Israel Folau, was at the centre of a long and bitter dispute with Rugby Australia for a social media post that hell awaits “homosexuals” and other groups.

His four year contract was terminated in May this year and he then launched legal action against Rugby Australia and the New South Wales Waratahs which was recently settled out of court.

“That has been massive not only for her and her husband but for everybody who has had a connection with her – and people probably questioning their own beliefs.

“So no doubt that has been a massive part of her life over the past two and half years and her thinking about what she is going to do whether she is going to be involved in netball or she can be free and say what she wants, but we were really glad that she was committed (to the Silver Ferns) … right through to the end.”

Taurua said Folau’s contribution to the game is immeasurable.

“You can’t measure it. Just like you can’t compare her to anybody else. She’s got her own unique dynamic way of playing the game that is going to leave a massive gap.”

Folau will always be remembered for her signature long range shot said Taurua and the part she played in New Zealand winning this year’s world cup in England, “that was the icing on the cake” and also two Commonwealth gold medals – particularly the Delhi Games when the Silver Ferns won after double overtime.

“Without any sweat on her brow and looking beautiful as always – she’s got a unique way, is a gamebreaker and will sorely missed.”