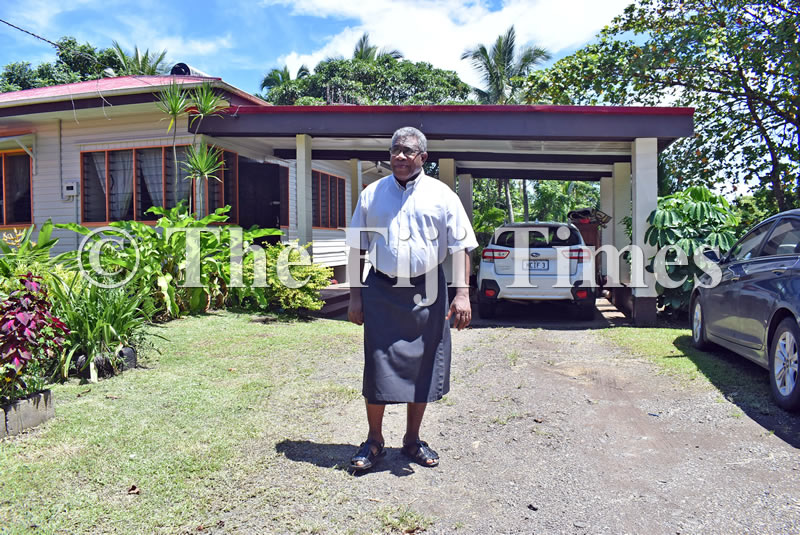 THE people of the islands of Waya, Wayalailai and Viwa in the Yasawa Group believe divine intervention can spare them the scourge of COVID-19.

And they have a precedent to support their claim. Their ancestors escaped unscathed the Spanish Flu pandemic in 1918 that claimed more than 9000 lives in Fiji, and close to 50 million worldwide.

Deputy general secretary of the Methodist Church in Fiji and Rotuma the Rev Iliesa Naivalu, who hails from Yalobi Village, Waya, said natives of the three islands believe “prayer can save them from the COVID-19 pandemic”.

He said over the next two weeks, families on the island would commit to prayer and fasting in a spiritual battle against the deadly virus in a program he had personally developed.

Mr Naivalu said it was also an opportune time for parents to have discussions with their children on social issues affecting young people in Fiji.

The clergyman said the idea to conduct a prayer and fasting vigil was inspired by the annual February 17 Passover celebrated in Waya.

“Prayers and fasting started at 6pm on Monday and will continue for another 12 days,” he said. “The same scene takes place in the other villages involving around 170 families of both adults
and children.”

Mr Naivalu said there were many lessons to be learnt from the experiences of the Rev Samuela Jeke in 1918, where he claimed he received divine revelation and instruction from God for the people of Yasawa to pray and fast for divine intervention.

Mr Jeke was on his way back to Yasawa after attending a meeting in February, 1918 when he saw a bright light in the waters before him and also writings on the sand.

Mr Jeke said the words on the sand clearly said that if Waya and Wayalailai were to survive the pandemic, its people were to fast and pray.

He immediately notified district representatives upon landing on Waya and the faithful followed suit.

Mr Naivalu said after the pandemic hit the Central and Eastern divisions, it moved across the Western Division killing thousands.

He also said villagers who witnessed the approaching plague relayed the event to their children and grandchildren, saying they vividly recalled how the pandemic approached both islands and
moved in the air like a swarm of locusts or bees with a thunderous buzz.

Mr Naivalu said according to historians who were in Fiji at the time, the fl u wreaked havoc in our nation and the familiar solemn sound of the beating of the lali echoed throughout the land as
mass graves were dug in every village.

“Yet the people of Waya, Wayalailai and Viwa, with eight villages in total, were unharmed, even our women married in different parts of Fiji remained unscathed,” he said.

“I have travelled extensively throughout Fiji in my 10 years as a journalist and 33 years as a Methodist minister and saw graves of those perished from the 1918-19 epidemic in hundreds
of villages and towns I visited during the course of my work.

“There is no such grave on either Waya, Wayasewa or Viwa. “The people of Waya have since celebrated the Passover wherever they are.

“People on the island converge at a selected venue each year while those around Fiji and abroad celebrate together or with their own families.

“The service includes retelling of these stories to the children and younger generation by one of the elders.

“The messages centred on God’s grace and mighty power that they are a unique people just like that of the Israelites because God Almighty favoured them during those dark days, and to make
sure they always remember the signifi cance of the event and to change their lives for the better.

“I understand there are accounts of one village on Gau, as well as Kadavu, Savusavu and Fulaga survived the 1918-19 pandemic, but Waya was entirely different because people of eight
villages on the islands of Waya, Wayasewa and Viwa and all those who lived outside of Waya during the time of prayer and fasting survived the world pandemic.

“That was indeed a miracle from God the Almighty.”