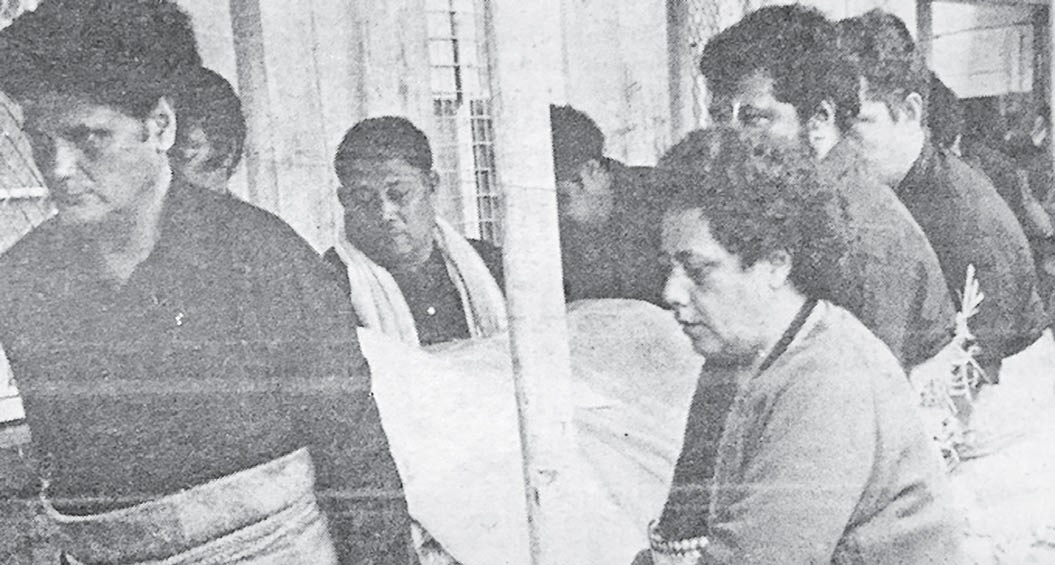 The body of Fewini Veikoso after it arrived at the Colonial War Memorial Hospital in Suva on September 11, 1986. Mrs Veikoso died in a Fiji Air plane crash on Vanuabalavu. Picture: FILE

The Vanuabalavu plane crash of September 11, 1986 shook the nation as details of the crash slowly unfolded to the public through the media.

The plane crash that claimed the life of Fewini Veikoso was labelled the second major air disaster to occur in Fiji that was associated with Fiji Air.

The Fiji Times, in reporting on the incident on Friday, September 12, 1986, found that the Vanuabalavu crash victim was on her way to attend the funeral of a relative in New Zealand.

This newspaper reported that Mrs Veikoso, one of the two passengers on the Fiji Air Heron aircraft, died instantly from the impact of the crash.

The medical officer Dr Lepani Waqatakirewa, who flew to Vanuabalavu, confirmed Mrs Veikoso was due to fly out to New Zealand.

She was the wife of Tongan Methodist minister in the village of Sawana in Lomaloma, Vanuabalavu.

The Fiji Times was told that the minister in Sawana was customarily appointed by the Methodist Church in Tonga and that Sawana had a predominantly Tongan population.

The other passenger on board the plane Davendra Lal, who was 25 years old then, was on Vanuabalavu to carry out electrical tests in the post office and the telephone exchange as he was an electrical technician with the Posts and Telecommunications (P&T).

Mr Lal joined the P&T the previous year after graduating with a Diploma in Electrical Engineering from the Fiji Institute of Technology.

According to the article, Mr Lal was originally from Labasa and was staying with relatives in 10 Miles, Nasinu.

Dr Waqatakirewa, who accompanied Mr Lal back to Suva, said relatives of Mrs Veikoso were trying to get her body to Suva so that it could be flown to Tonga.

Describing the scene of the accident, Dr Waqatakirewa said the tail of the aircraft was completely torn off. He said the other passenger and pilot were lucky to have survived.

Mr Lal was admitted to the Colonial War Memorial Hospital on September 11 and his condition was described as stable.

The Fiji Times reported that when he was brought out of the ambulance, Mr Lal was on intravenous drips and was in great pain.

Dr Waqatakirewa said the weather in Vanuabalavu was cloudy, but otherwise fine.

Meanwhile in a statement on Wednesday, September 11, Fiji Air expressed its deep regret over the accident.

Fiji Air managing director Martin Tyler said reports they received from Vanuabalavu indicated that after takeoff, the aircraft veered to the left and struck a tree at the edge of the runaway.

“It is understood that the tail section broke away on impact,” Mr Tyler said.

“The pilot and the passengers were taken to Lomaloma Hospital.

“One passenger died shortly after being admitted to the hospital and the pilot and the other passenger were being treated for injuries.

“At this stage no cause of the accident can be given but the public will be advised as soon as the authorities have completed their investigations.”

The Riley Heron aircraft was returning from its scheduled service Number PC 94 from Lomaloma with two passengers on board.