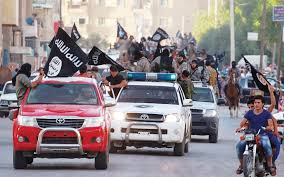 OUTSKIRTS OF BAGHOUZ, Syria (Reuters) – Islamic State faces final territorial defeat as the U.S.-backed Syrian force battling the jihadists said on Saturday it was closing in on the jihadists’ last bastion near the Iraqi border, capping four years of efforts to roll back the group. While the fall of Baghouz, an eastern Syrian village […]